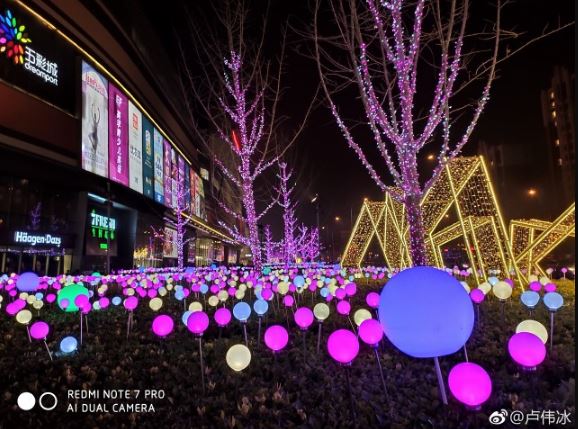 The Redmi Note 7 Pro has already been launched a couple of days back and will be available on quite a few markets including Australia, New Zealand, and others by the end of the month. A Sony IMX58 sensor with a 48MP camera is one of its key features, and now two Xiaomi executives have released a teaser containing samples from day and night cameras.

Lin Bin, co-founder and President at the Chinese smartphone company took the first image. It has a full resolution of 48 megapixels with a blurred background.

The detection of the edges looks great and you can see even the smallest crest on the underside of the pink flora.

The top side is slightly blurred but it’s a big shot in all. Lu Weibing, Xiaomi’s VP and Chairman of the Redmi subdivision posted that other sample. The photo is proof of the Snapdragon 675 powered smartphone’s capacity in night mode, which is positive.

This image is a 12MP which is a standard/normal resolution for outstanding and colored images. The lens has Quad-Bayer filter which means it’s a 12MP camera with large pixels instead of a true 48MP one.

Xiaomi has all set to surprise its Indian audience on March 13 with Xiaomi Redmi Note 7 Pro and it is priced INR 13,999 or INR 16,999. As far as Chinese released date is concerned, Xiaomi has scheduled a Chinese event for March 18 but it’s yet to be announced how much it will set Chinese back around.