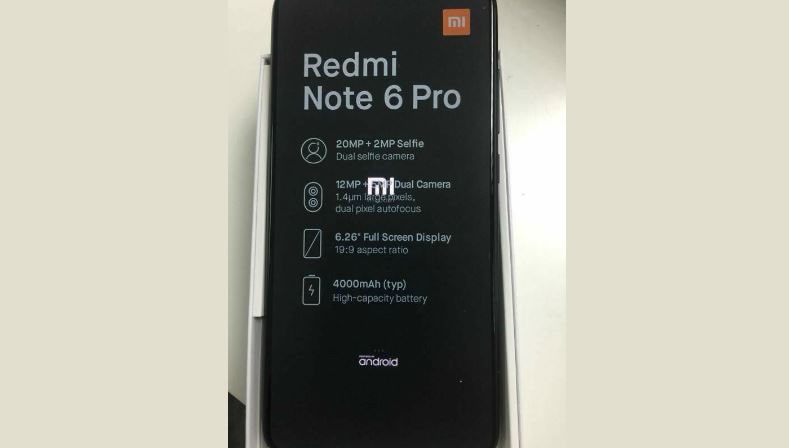 The Xiaomi Redmi Note 6 Pro specifications on AliExpress include Snapdragon 636 SoC whereas rumours suggest a Snapdragon 660. Moreover, it’s having a 3GB of RAM and 32GB of onboard memory but it comes with a microSD port.

There is a massive 6.26-inches screen alongside a wide-notch with a maximum resolution of 2160 x 1080 pixels. Earlier rumours suggested 2280 x 1080 pixels resolutions – making everyone suspect if the listing is completely legit.

You can see all the images posted on AliExpress indicating 4 cameras. The rear configuration sports a 12MP + 5MP sensor whereas a selfie shooter is 20MP + 2MP. The secondary snapper, however, doing some background blur. It’s running on Android 8.1 Oreo operating system with MIUI 9 on top, based on listed specs. And housing 4000mAh non-removable battery – sadly with a micro USB port.

As far as Xiaomi Redmi Note 6 Pro Price is concerned, it’s available with a price tag €171/200. And after conversion, it comes to around AU$277. You will have four colour options to choose from – Black, Blue, Rose Gold, and Red.