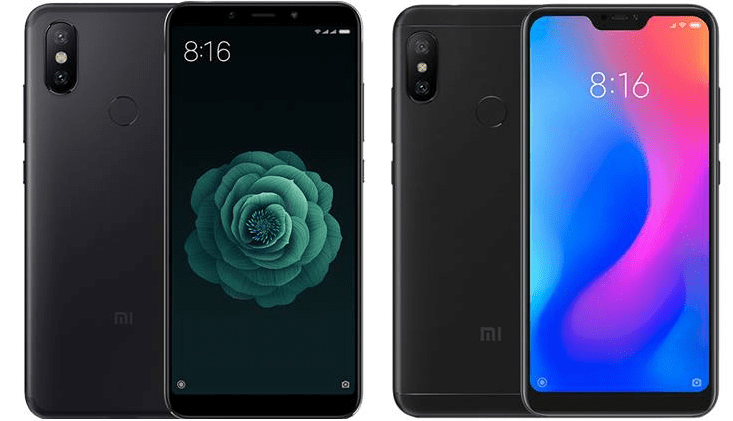 Another day and another smartphone. Xiaomi has just announced its another 2 shining smartphones named Xiaomi Mi A2 alongside its brother Xiaomi Mi A2 Lite in Australia a day before yesterday with some impressive camera hardware. Both devices are being supported by Google’s Android One platform, offering a stock of Android Oreo 8.1 OS, a promise of faster feature updates as well as security updates. What else it dishes out for its audience? Let’s find out in our quick Xiaomi Mi A2 Lite review.

The Xiaomi Mi A2 Lite is basically a mid-range smartphone house a dual SIM (Nano-SIM, Dual Stand-by) network, 4G, 3G LTE connectivity. The Mi A2 is equipped with a gorgeous 5.84-inches IPS LCD display which is well-supported by 1080 x 2280 pixels resolution for immersive visuals. Interestingly, the display is being supported by 16M colours making your views amazing and beautiful. The phone is entirely made of metal and lands in 5 sensational colours – Black, Blue, Gold (Global), Rose Gold and Red (China only). The device weighs around 178 grams and dimensions are 149.3 x 71.7 x 8.8 mm (5.88 x 2.82 x 0.35 in).

Moving towards its camera section, Xiaomi Mi A2 Lite boasts an excellent camera setup – 12MP + 5MP rear sensors to enhance your shooting skills. Users can also record Quad HD movies, whereas LED Flash enables users to capture their favorite scenes in low-light. On the other hand, a 5MP sensor is sitting on its front to assist video calls as well as selfies.

The brain behind Xiaomi Mi A2 Lite is Qualcomm Snapdragon 625 – paired with 3GB of RAM and Adreno 506 GPU manages a graphical department pretty well. A 32GB of onboard memory which is further expandable up to 256GB gives users enough space and 4000mAh battery is more than enough to stay online all day long even with a heavy usage.

The Xiaomi has now posted another poster on Twitter which confirms that Xiaomi Mi A2 and A2 Lite will launch at its global event in Spain on July 24. 2018. After launching, it’s available for pre-orders in India and China and later will spread to 40 markets around the world.

The Xiaomi Mi A2 Lite release date in Australia has also been announced – the same July 24, 2018. And now, it’s available countrywide and users can get their hands on one.

Now, we do have an information about pricing in Australia. The Xiaomi Mi A2 Lite Price in Australia starts from AU$208 to AU$243 for its 32GB variant and 64GB variant sets you back around AU$270 to AU$290. Let us know down in the comments if we’re wrong.

The Mi A2 Lite has been released in Australia and here is a quick rundown of updated Xiaomi Mi A2 Lite Specifications. So, let’s have a look.

The Xiaomi Mi A2 Lite is another of Xiaomi’s mid-range smartphone houses indeed pretty good features which go well in sync with the price tag. However, Xiaomi Mi A2 Lite offers some average features as well, which probably not go down well the users. The overall performance is butter smooth and regular tasks can be carried out with ease. The battery of Mi A2 Lite is one of the major aspects, delivering a sound battery backup. Other features i.e. storage and camera are in place. In short, you won’t be disappointed if you’re a true fan of Xiaomi.