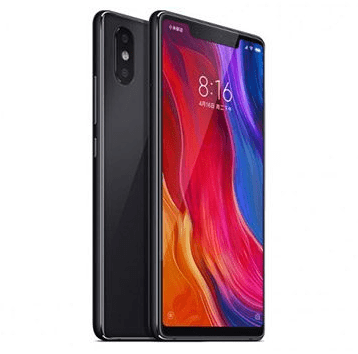 A well-known and well-demanded smartphone brand “Xiaomi” is ready to launch another variant of the recently released Mi 8 smartphone. The new upcoming smartphone is supposedly be named “Xiaomi Mi 8X” and expected to go beyond Xiaomi Mi Note series. A Chinese website Weibo has shared a bunch of images of an upcoming Xiaomi smartphone which indicate that Xiaomi Mi 8X will share a lot in common appealingly with Mi 8 Explorer edition and will be fueled by Snapdragon 710 SoC.

As we’re for now relying on rumours and speculations and according to that, Mi 8X will house almost the same form factor as that of Mi 8. The handset is expected to boast a screen with rounded corners and a dual rear camera will be positioned vertically on the top-left corner. Another report from a valid online source suggests that it might come with an on-screen display fingerprint scanner and will comprise 3D facial recognition.

Neither Mi 8 SE nor the standard Mi 8 include an on-screen fingerprint scanner. So, chances are upcoming Xiaomi Mi 8X will be at the more premium end of the scale. To be honest, we don’t know what concerns might have been made. Pricing details are also blurred but for background, Xiaomi Mi 8 starts at CNY 2699 ($395), whereas Mi 8 Explorer Edition goes for CNY 3699 ($540). Therefore, Xiaomi Mi 8X is expected to cost somewhere in-between.

On Weibo, a user posted an image in which Xiaomi’s CEO Lei Jun is holding a smartphone which looks similar to the leaked Mi 8X images. It sounds like CEO Lei Jun could be holding a mysterious Mi 8X smartphone.

Just as a reminder, Xiaomi is expected to bring Xiaomi Mi Mix 2 in September 2018 as Mi Mix 2 was launched in September 2017. Frankly, there’s no any official announcement by Xiaomi yet but numerous leaked images and rumours have already started to circulate around.

Is that so-called Xiaomi Mi 8X is ready to go yet? Well, time will tell. Meanwhile, let us know your thoughts about this upcoming phone down in the comments.