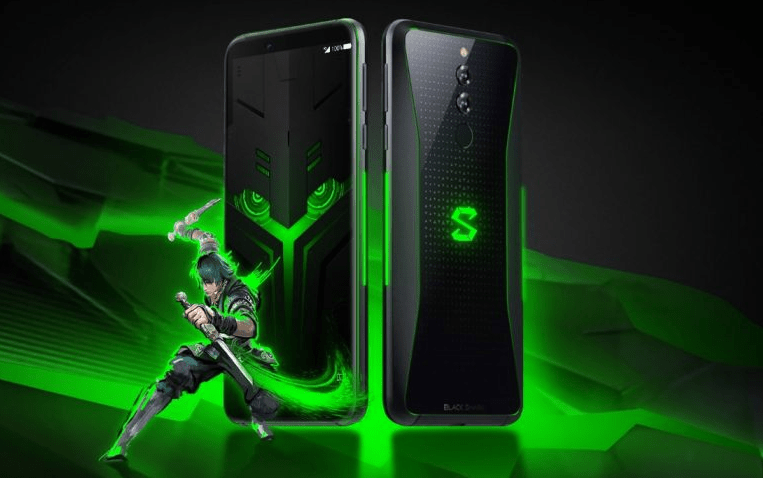 After so many rumors and suggestions, Xiaomi’s subsidiary “Black Shark” has finally announced Black Shark Helo in China – a second-generation upgrade to recently released Black Shark. As we’ve mentioned in our previous articles, it’s a competitor of Asus ROG Phone and Razer Phone, housing a redesigned body and state-of-the-art features, of course.

Though it retains one design element which is the backlit Black Shark logo with a new and eye-catching design, Xiaomi has integrated LED Strips on both sides of Black Shark Helo. What’s more? Let’s dig down inside and see what it dishes out for gamers.

As above we’ve already mentioned it’s a smartphone with a completely new design alongside LED Stripes giving it an exquisite look and making it a real gaming smartphone. It’s entirely made in a metal frame with a patterned glass back. Display-wise, a 6.01-inches screen which is based on AMOLED Technology offers bright and crisp visuals. The aspect ratio is 18:9 with 2.5D curved glass on the surface.

Further, Xiaomi Black Shark Helo specifications include Qualcomm’s Snapdragon 845 Chipset (10 nm) which powers the smartphone with up to 10GB of RAM and a whopping 256GB of onboard memory. Though it depends on a model you go for. Xiaomi has claimed that Black Shark Helo has scored 309237 on AnTuTu benchmark.

In terms of cameras, it’s sporting a gorgeous combination of 20MP + 12MP rear cameras alongside PDAF (Phase Detection Autofocus). The FaceTime sensor, on the other hand, is 20MP. The camera of a smartphone has quite a few dazzling features such as AI scene recognition, beauty mode and portrait mode. Most important of all, one can record 4K videos as well. 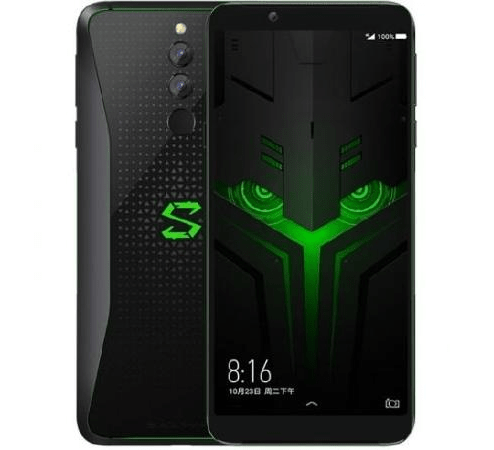 Now jumping on a battery section, a massive and impressive 4000mAh non-removable battery finishes the package with an 18W charger which is included in a bundle. And to take your enjoyment to the next level while playing games, Black Shark Helo has front-firing stereo speakers with dual smart Pas.

The weight of Black Shark Helo is 190 grams and measures 160.0 x 75.25 x 8.7 mm. onto connectivity, it is boasting USB Type-C port and a standard 3.5 mm headphone jack. Also, having dual-SIM support but doesn’t allow users to expand it further via microSD card.

Importantly, Black Shark Helo comes with 3 microphones – out of which 2 microphones are standard ones whereas the 3rd one is holding its position on the front and helps you call during gaming sessions. On the left side, you’ll find a dedicated button to turn on/off a notch and enjoy games.

While the official launch of Black Shark Helo in Australia is not confirmed, you can have a look at our Xiaomi’s super-gorgeous killer Pocophone F1 review here. And if you have a question to ask, use a comment section below. Also, don’t forget to share it with your nearest and dearest.