During CES 2019, Lexar launched a 1TB SD Card (world’s first). This is the first major product unveiled from the US-based brand – which had changed hands in 2017 and decided to come back to the flash storage market in 2018.

Based on Lexar, 1TB SD Card is now available in the market at $499.99 and comes with a limited lifetime warranty. 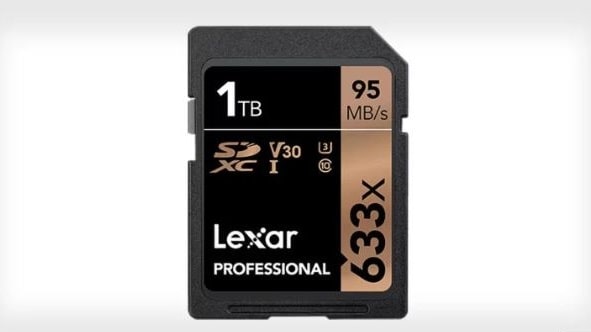 During the official announcement, Lexar claims that 1TB SD Card is capable enough of 95MBps read and up to 70MBps write speeds. This SD Card has, so far, rated Class 10, UHS Speed Class 3 and Video Speed Class 30.

According to Senior Marketing Manager at Lexar Mr. Joey Lopez,

“As users always demand massive storage for their smartphones, the mixer of exceptional performance with a 1TB option now offers a solution for content creators who shoot large volumes of high-resolution images and 4K video.”

Back in 2016, WD-owned SanDisk was the first to show off a 1TB SD Card – but, due to some reasons, never reached the market. Therefore, Lexar’s latest 1TB SD Card is the world’s first commercially available car one can buy with immediate effects.

This 1TB SD Card seems to be limited for US audience and it’s unclear when (or if) it will be released in other countries. The 1TB SD Card aside for a short while, Lexar’s current portfolio includes Solid State Drives as well as Flash Drives, CompactFlash and Card Readers.