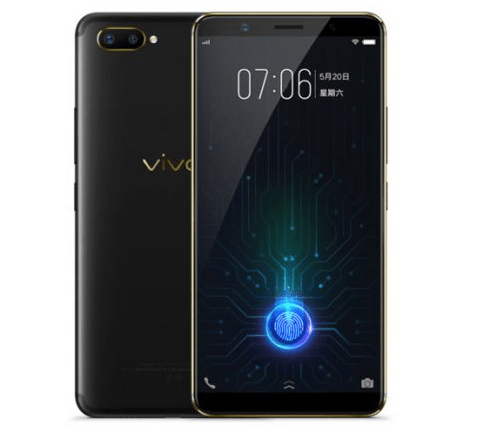 A Voice-Assistant of Vivo has just revealed information about Vivo’s upcoming flagship smartphone named Vivo X23. Not only this, it has also been revealed that Vivo X23 will start landing on shores on August 20 which seems a little sooner than later. A user from China has shared a bunch of specifications of Vivo X23, unveiling that a gorgeous 6.4-inches display with Notch and 3D Facial Recognition which will be an exquisite feature of the handset.

Based on what we’ve heard so far, Vivo X23 will comprise a 6.4-inches screen – the translated text describes it as “beauty tip full screen”. It’s highly expected that it will sport a water-drop Notch just like Oppo F9, R17, and R17 Pro. It doesn’t sound strange, though as Oppo and Vivo are sibling brands of China. The rumours further reveal that Vivo X23 will be backed by an updated on-screen fingerprint scanner which will be fast and quick.

The brain behind Vivo X23 will be a Snapdragon 670 Chipset which will be armed with a whopping 8GB of RAM. As mentioned above, it’s expected that X23 will flaunt a 3D Facial Recognition which will carry support for making payments by scanning your face.

Not that long ago, Vivo launched TOP depth 3D camera Technology and X23 perhaps use the same technology for its 3D Face Scanning. It sounds great if it turns out to be true. Well, TOP depth 3D Camera Technology is small in size and usually don’t require a Notch but it works perfectly in dim light conditions.

We’re not so sure but rumours around circulating and suggesting that Vivo could become the first smartphone brand to add an insane amount of RAM which is 10GB. This is an amount of RAM which is already on par with several desktops and laptops nowadays. It sounds acceptable as a leakster has recently claimed that X23 will house a 6GB and 4GB of RAM via Dual Channel Technology. Moreover, Vivo X23 also expected to be loaded with 22.5W Fast Charging.