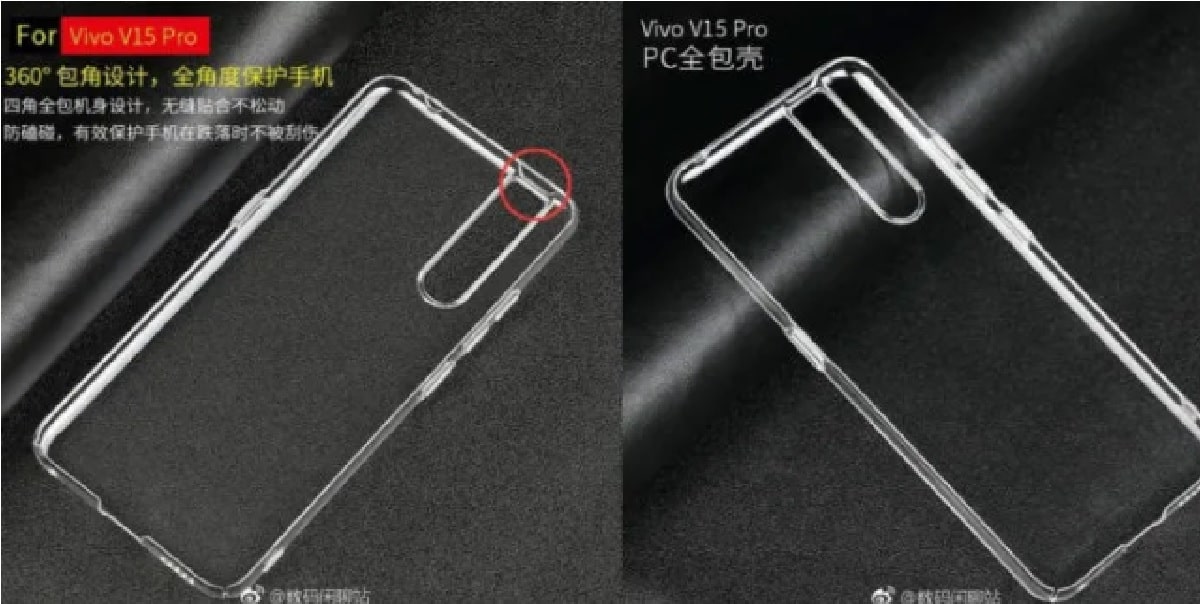 Vivo has all set to launch its latest and greatest smartphone Vivo V15 Pro in India with a different name “Vivo X25 in China” somewhere in February 2019 – according to Chinese media.

We just got our hands on a leaked case of Vivo V15 Pro which indicates a triple-rear camera set up – positioned at the top-left corner – very much like Samsung Galaxy A7 2018 and a huge cutout on the top edge towards for a pop-up front camera module.

That’s the line with rumored information of X25 – suggesting an identical designs structure and the use of a pop-up camera module rather than a display notch.

As the similar position of a rear camera and case details, it’s most likely that both handsets are the same to some extent.

The official Vivo V15 Pro release date in India is February 20th and the same has been confirmed by an official media invite sent by Vivo for the launch of a successor of Vivo V11 Pro.

As for Vivo V15 Pro Price in India, it’ll cost somewhere in between the range of INR 25,000-30,000. Not so long back, we heard that V15 Pro alongside its younger brother will be the Vivo’s next-gen mid-range offering and will be backed by 32MP selfie camera.

An on-screen fingerprint scanner is expected and it seems like we will see no notch anymore. The Vivo V15 Price in India is expected to be around INR 20,000-25,000 bracket.

Oppo to Bring Oppo Find X, RX17 and RX17 Pro to the UK Next Month