Another of Sony’s flagship smartphone named Sony Xperia XZ3 is ready to land on shores before August is out but whenever it lands, it’s most likely to bring some major changes over its predecessor XZ2. We really don’t mean that XZ2 is a bad smartphone but when it comes to comparing with its rivals or even in some cases less, it’s hard to be excited. We are hopeful that Sony Xperia XZ3 will move away from its traditional Sony Look which is been used for the last couple of years. We’ve assembled everything we know so far in our Sony Xperia XZ3 review below. 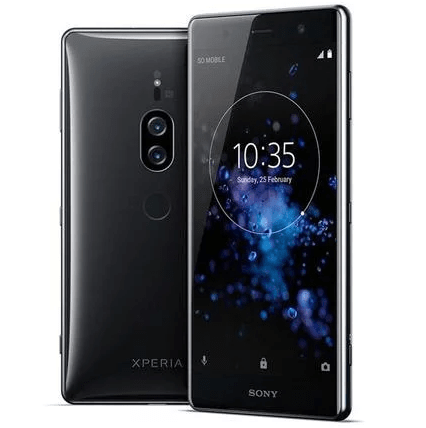 Chances are Sony Xperia XZ3 release date in Australia will be August 30 as such date is set for Japanese firm’s IFA 2018 Press Conference. Well, it’s not the first time Sony is launching its smartphones at Berlin Germany Technology show as only last year did it launch Xperia XZ1 and XZ1 Compact there.

As far as Sony Xperia XZ3 Price in Australia goes, there is only a little information from a listing on UK retailer named Mobile Fun. And according to that listing, Sony Xperia XZ3 will cost around £749.99 which is approximately AU$1330.

Well, Sony’s upcoming Xperia XZ3 is nothing but a successor of Xperia XZ2 Premium. The overall look is similar to Xperia XZ2 Premium and is backed by IP68 making XZ3 a water-resistant and dust-proof. As expected, a fingerprint is positioned at the back right below the dual rear camera configuration, whereas a dual-camera is vertically positioned in the center of the phone.

The handset comes with a gorgeous 5.7-inch IPS display with 1080 x 2160 pixels resolution for immersive visuals. The screen is coupled with pretty awesome viewing angles and also exquisite legibility under bright sunlight. A Corning Gorilla Glass is available to protect its display, though.

The brain behind Xperia XZ3 is Octa-core Snapdragon 845 Chipset – partnered with a whopping 6GB of RAM to ensure lag-free, seamless and flawless performance. The Snapdragon 845 is carefully added in Xperia XZ3 to delivers users top-of-the-line performance while multitasking or playing games. Most important of all, Adreno 630 GPU is also available to reproduce HD graphics.

To give the audience enough juice for all day long even with a heavy usage, Sony brings an impressive 3240mAh non-removable battery. And to quench the thirst of heavy users, Xperia XZ3 comes with Quick Charging support which refuels the battery in a short period of time.

Onboard memory-wise, Sony Xperia XZ3 is loaded with 2 different storage tiers – 64GB and 128GB – to fulfill users space requirements. The onboard memory is expandable further up to 512GB via microSD card slot but users won’t be allowed to use SIM and microSD simultaneously.

The Sony Xperia XZ3 will run on Android’s latest version Oreo 8.1 operating system with no defined timeline of an upgrade.