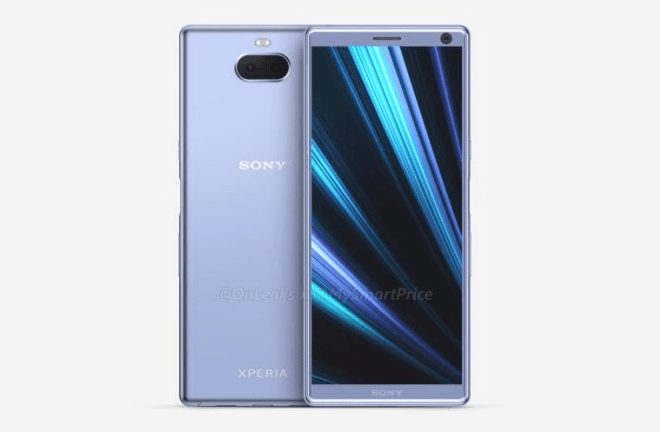 Indeed Sony’s most appealing smartphone so far is “Xperia XZ3” but there’s a bunch of stuff not everyone really liked. Interestingly, Sony’s upcoming and mid-range smartphone “Xperia XA3” is bringing everything which is missing in Sony’s XZ3.

Outback, you’ll see a super-gorgeous dual camera 23MP + 23MP for capturing detailed and crisp images. There’re no details on a hardware hiding behind these 2 lenses. But Sony Xperia XA3 sports a 3.5mm headphone jack which is holding its position on the top.

At the bottom, there’re now 2 grills neighbouring USB-C port whereas XA2 had only one. It’s most likely that Sony Xperia XA3 will be getting Stereo Speakers.

Other Sony Xperia XA3 specifications include it’s measuring 155.7 x 68.3 x 8.4 mm dimensions whereas actual weight is unknown. The smartphone is having a 5.9-inches screen with a maximum resolution of 1080 x 2160 pixels with 18:9 aspect ratio. Display-wise, it sounds a little smaller compared to Xperia XA2 Plus. Digging down inside, Xperia XA3 comes with Qualcomm Snapdragon 660 Chipset alongside 4GB of RAM.

The onboard memory is 64GB which one can expand further up to 256GB via microSD card. The battery of Xperia XA3 is 3600 and users will have 4 colour options to choose from – Silver, Black, Blue, and Pink.