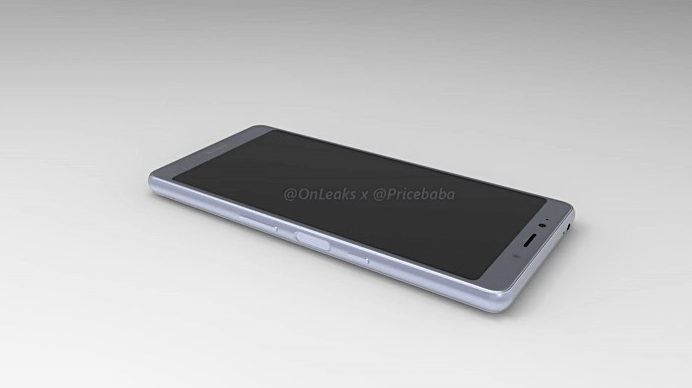 After unveiling Sony XA3 a couple of days back, Sony has unveiled another mid-range handset named Sony Xperia L3. The Sony Xperia L3 has appeared with an updated design, side-mounted fingerprint scanner, and rear dual cameras.

As its name clearly states, Sony Xperia L3 is a successor of Sony Xperia L2 – released back in January. The Xperia L3 comes with several improvements in terms of a rear camera and screen.

Sony Xperia L3 specifications include 5.7-inches screen with a maximum resolution of 720 x 1440 pixels. There is an aspect ratio of 18:9. The Xperia L3 has 153. X 71.9 x 9 mm dimensions. That’s all. Nothing we’ve heard so far. But so many things about Xperia L3 are indeed from revealed images.

Everything aside, Xperia L3 has characteristic Sony Bezels alongside Sony’s Logo which can be found on a bottom. The 3.5mm headphone jack is holding its position on the top.

What makes L3 chunky? The design as its rear looks like shiny polycarbonate. The rear camera placement is little different as compared to Sony Xperia L2. The camera island’s position in a top left which had a single lens horizontally centred on its rear.

Well, as compared to its predecessor, L3 has less blocky and less attractive design with some curves for good measure. The USB-C port and speakers are available at the bottom whereas you’ll a fingerprint scanner on the right side. Hence, the right side becomes very crowded as a power button and volume rockers are also holding their positions on the right side.

Chances are audience worldwide will start getting their hands on one early in 2019. The exact Sony Xperia L3 release date, however, is unknown.