Sonos to Manufacture Some New Smart Speakers in 2019

A new Sonos product has now been revealed through a new filing with the Federal Communications Commission (FCC). The documents indicate that the latest model number S18 smart speaker will be working as satellites for Sonos’ soundbars to create a surround sound system as well as will be loaded with an onboard microphone for far-field voice control.

If everything is to be believed, these speakers could be an interesting move for Sonos, without a shadow of a doubt. And frankly speaking, it’s most likely to be true.

Reported by Variety earlier, a filling refers to the latest configuration of Sonos speakers wherein a Playbar is the “master device” and the latest S18 models are “wireless smart speakers” – can be used as right and left channels.

Remarkably, the filing shows that the new speakers were tested with Sonos Playbar which is the company’s original soundbar from 2013.

The latest smart speakers are featuring Touch Controls which appear to be virtually identical to Sonos Beam smart soundbar as well as Sonos One smart speakers.

The filing further shows that these new smart speakers are loaded with both Bluetooth Low Energy and Wi-Fi connectivity. From the Sonos’ tradition of sticking with Wi-Fi only connections, Bluetooth detail would be a notable divergence (belief or not, people had been complaining for years about lack of Bluetooth on Sonos speakers).

It’s most likely that Bluetooth support is carefully designed to help users with configuration process and not to stream music. 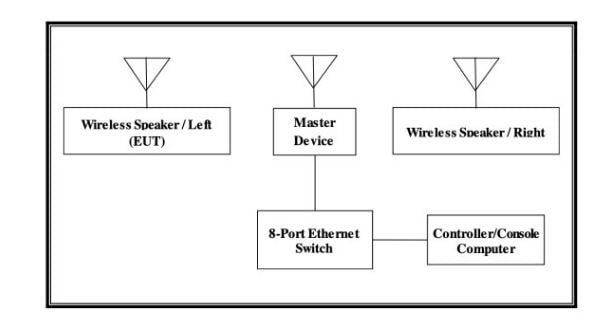 According to FCC’s submitted diagrams, Sonos surround sound system with smart speakers looks quite familiar. In short, a configuration looks identical to 5.1 surrounds set bundle which Sonos sells with a Playbar for nearly USD 1700 on their official website.

The main differences are that the existing package includes a Sonos Sub and 2 Sonos One speakers for the right and left channel. Even a stand to mount the speakers behind your couch will also be sold by Sonos. It’s expected that these new smart speakers will offer users an alternative to using the large-ish Sonos One speakers are satellites.

Things are quite blurred, for now, and we don’t have any idea what Sonos is actually doing. How much will these smart speakers set users back? It’s undecided as well. Would you mind waiting for more days for clear details?