Quite a couple of weeks back, Samsung announced its most powerful smartphone named Samsung Galaxy Note 9 in 5 dazzling colors Blue, Black, Purple, copper Shades and Silver (not every color is available worldwide). Render has recently leaked indicating a Note 9 in White color, now. 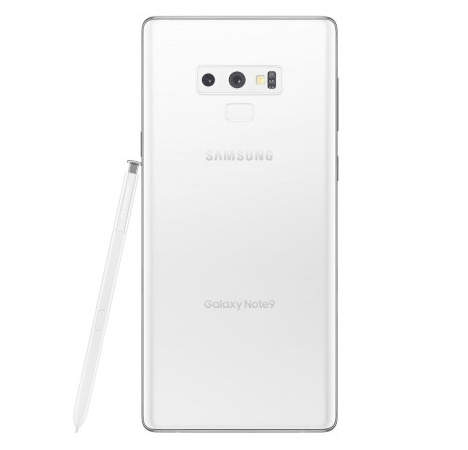 The image of White Galaxy Note 9 was shared by Evan Blass on Twitter who has raised his doubts about the originality of an image and asking from arm-chair Photoshop detective for confirmation.

This led the Evan Blass’ Twitter thread into a descending curved as people worldwide were hysterically looking for mistakes rather than of getting agreed that Samsung will launch Galaxy Note 9 in White color.

Frankly, this isn’t a first time we saw Note series getting a white makeover. Going a little back in 2017, Samsung’s Note 8 PyeongChang 2018 Limited Edition were launched as a part of a partnership with IOC (International Committee for the Winter Olympics). It didn’t land officially on retail stores though and was only available for IOC members as well as staff and obviously, athletes.

Source:Source
Share on FacebookShare on Twitter
the authorStaphanie Kyle
Staphanie Kyle is one of the youngest members managing gadget reviews and other high priority news and stories for TechenGuru. When she isn’t working, you can find her listening songs and watching documentaries and sports.
All posts byStaphanie Kyle