Samsung not only nailed in the world of smartphones. They have also enjoyed endless success in so many other categories such as Televisions and other Home Appliances. The laptops by Samsung are quite a different story –, especially in Australia. Samsung laptops have always felt a little bit cheap. But, Samsung Notebook 9 Pro 2019 in Australia has now been appeared to solve that problem. 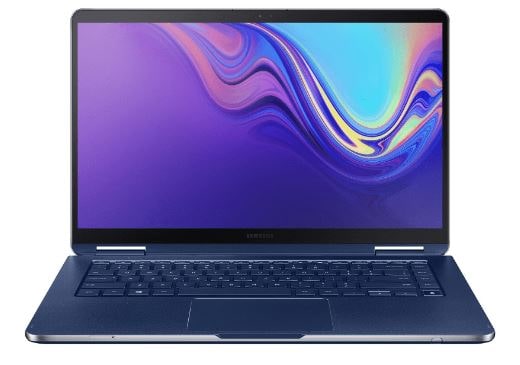 This newly appeared Notebook 9 Pro isn’t really a flagship device – that’s a Notebook 9 Pen with S Pen. The 9 Pro is something more – something which can easily compete head-to-head with Dell XPS 13 as well as MacBook Air. Along with the addition of a new active stylus as well as a redesigned chassis, Notebook 9 Pro is an excellent alternative to Apple’s recently released devices – to some extent only (not really though!).

Samsung hasn’t announced an official Samsung Notebook 9 Pro 2019 release date in Australia. However, if every rumor turns out to be true, we will start getting our hands on one sooner instead of later.

The Samsung Notebook 9 Pro 2019 Price in Australia is also unknown. But, last year’s 13-inches variant was $1599 which means it’s safe to assume that it’ll be somewhere in that ballpark.

Ahead of its official launch, we have gathered a list of Samsung Notebook Pro 9 2019 specifications to get an idea what does it bring along. So, let’s have a look!

First and foremost, a major difference you’ll immediately notice about Samsung’s new Notebook 9 Pro is its textured edges – looking like a stack of chromed ridges. This beast is decidedly edgier as the radii of the corners turn at a sharper angle and it is flat from the bottom and top. The overall design is quite better as compared to the last iteration and it removes a duckbill-shaped gap which used to be there while converting last year’s Notebook into a tablet mode.

One thing you won’t appreciate is that Samsung Notebook 9 Pro’s onboard stowable has now been replaced by an Active Pen. Well, this virtual pen offers 4000 levels of pressure on par with the best Surface devices. The minimal screen bezels, however, are noticeable. This 13.3-inches device is housing a Full HD display with borders only – measuring 6.7mm thick. 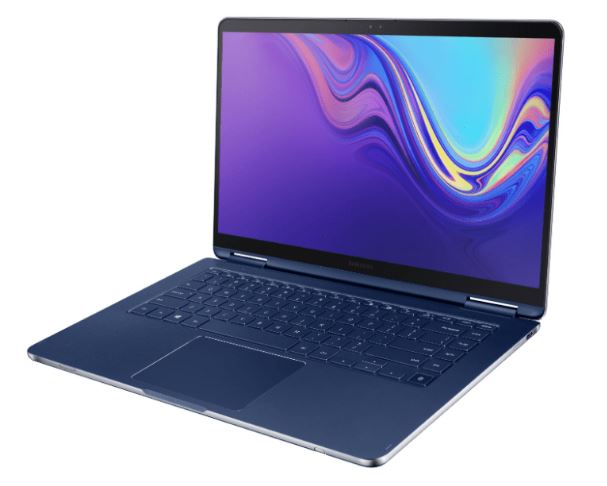 This latest 9 Pro comes with much more premium feel over last year’s Notebook, entirely made out or a rigid aluminum chassis. Both the base and lid are diamond-cut edges – providing an impressive texture for your fingers.

The newly added Active Pen (as mentioned above) feels more comfortable to hold. And according to Samsung, it hasn’t lost any functionality and offering over 4000 levels of sensitivity. 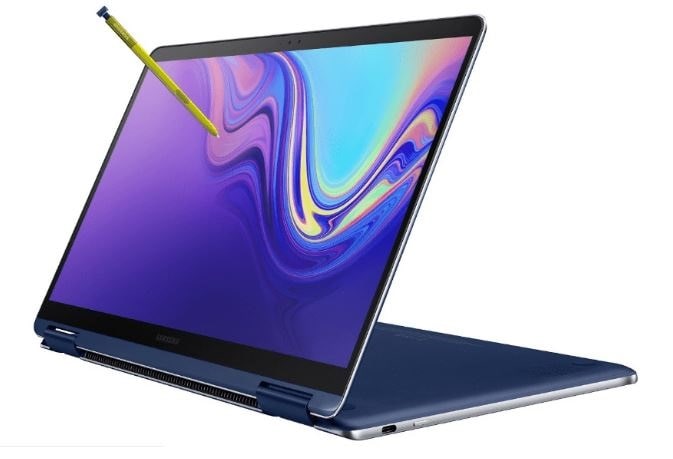 The Samsung Notebook 9 Pro 2019 comes with a Core i7-8565U Processor which is Intel’s one of latest and greatest processors. It’s actually a quad-core processor – paired with an 8GB of RAM for managing to multitask without showing a sign of lag.

It’s also coming with 256GB of NVMe PCle SSD Storage. That sound a step up from last year’s model which is using a SATA SSD with slower read and write speeds.

Samsung has claimed that we have added a plethora of power to last longer on a single charge – though it’s only increased from a 54 watt-hour to a 55 watt-hour unit.