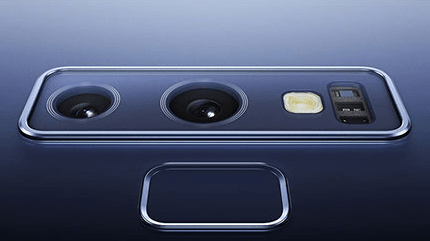 We started getting our hands on Samsung Galaxy Note 9 back in August 2018 and shortly after releasing the handset, reports regarding Note 9 camera freezing issue surfaced.

Based on SamMobile, users started noting freezing issues while capturing images as well as a delay in recording videos. Strangely, that only seems to affect users having Samsung Galaxy Note 9’s Snapdragon version (sold in the United States). The Exynos variant, on the other hand, worldwide doesn’t seem to suffer that freezing camera issue.

The Forum-goers suggested users clean up the phone’s system partition cache to get rid of that problem but that was only for a couple of hours. Luckily, it appears that Samsung is well-aware of that problem and in action to fix it.

A Samsung’s moderator noted in a company forum,

“Our specialists have given us the directive that an update is coming out to fix this issue specifically. However, due to us being unable to speculate on the release of future updates, I don’t have an exact date for when to expect this”.

We are just like you very much hopeful that the fix comes sooner instead of later as the last thing a user needs is for a camera to fail over the holiday season. Especially the problem-enriched device is a joint winner of the most gorgeous and super-powerful Android smartphones of 2018.

To recall Samsung Galaxy Note 9 specifications, it’s coming with an extensive range of features such as wireless charging and a Bluetooth-powered S-Pen to IP68-rated and obviously a standard headphone jack.

A bunch of other noteworthy specs includes a hefty 128GB or 512GB of expandable storage, an excellent combo of 12MP + 12MP rear camera configuration alongside and LED Flash and a whopping 4000mAh battery.

Are you one of those suffering from the same Samsung Galaxy Note 9 camera issue and looking for an update to get rid of this? Let us know down in the comments section.