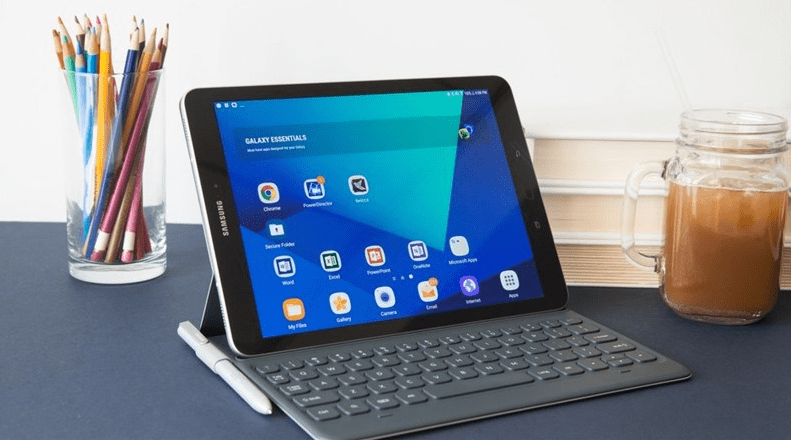 Nowadays, everyone is looking for Samsung Galaxy Note 9 as it is right around the corner and in-between all of that, Samsung Galaxy Tab S4 has grabbed everyone’s attention.  Perhaps, Galaxy Tab S4 is Samsung’s latest tablet, but rumours circulating around and suggesting Samsung is reportedly working to release a mid-range and budget-friendly tablet named Samsung Galaxy Tab A2 XL in Australia.

This Galaxy Tab A2 XL is expected to be the few non-flagship Galaxy devices to get a Bixy button. For now, several specifications are undercover via its firmware, but we have assembled a bunch of things in our Samsung Galaxy Tab A2 XL review thanks to our sources. Let’s find out more below.

It’s undecided whether Galaxy Tab A2 XL will be landed alongside Galaxy Note 9 on August 9 or Samsung will wait until early September to showcase it at IFA 2018 trade fair. In short, Samsung Galaxy Tab A2 XL release date in Australia is yet to be revealed.

The Samsung Galaxy Tab A2 XL Price in Australia is expected to be in the range of about AU$491 to AU$591 (translated). The exact pricing is yet to be confirmed. As soon as we get more information, we’ll let you know.

Inside the beast, a gorgeous and bright 10.5” LCD display is expected with a resolution of 1200 x 1920 pixels. The brain inside Galaxy Tab A2 XL is expected Qualcomm’s Snapdragon 450 SoC which is coupled with an average 3GB of RAM and 32GB onboard memory for storing an ample amount of data and games.

Moving on its camera segment, chances are Galaxy Tab A2 XL will be loaded with an 8MP rear sensor, whereas a solid 5MP front-camera will also be a pack of this package. Battery-wise, it will be equipped with a 7300mAh battery which can be fast charged via micro USB port. Amazing? As far as its software factor is concerned, Galaxy Tab A2 XL will run on Android 8.1 Oreo with no defined timeline of an upgrade. As for connectivity, it will come in both Wi-Fi-only and LTE-enabled flavours.

Here is a quick rundown of Samsung Galaxy Tab A2 XL Specifications. Let’s have a look.

Interestingly, the Galaxy Tab A2 XL is expected to be another Samsung’s tablet with no physical navigation keys. But don’t expect something like a rear-mounted fingerprint scanner or an iris scanner. The Facial Recognition is probably going to be the only secure unlock option. However, other options i.e. PIN and Pattern will be available as usual. And here is where the story ends.

Would you get your hands on Samsung Galaxy Tab A2 XL if the price doesn’t break your bank? Let us know down in the comments.