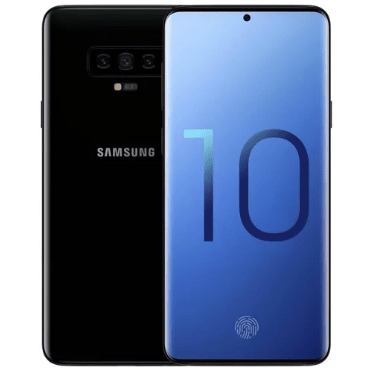 The upcoming but most appealing and attention-grabbing smartphone Samsung Galaxy S10 Plus has now been surfaced on AnTuTu. And not only surfaced but beating up Huawei’s Mate 20 Pro and its super-powerful HiSilicon Kirin 980 Chipset with a help of its main specifications.

According to Samsung Galaxy S10 Plus specifications, has a gorgeous and bright 6.4-inches screen with a maximum resolution of 2280 x 1080 Pixels (lower resolution due to a software) and running on Android’s latest operating system – Android Pie 9.0.

The handset is powered by 8 nanometer Exynos 9820 Chipset – partnered with a whopping 6GB of RAM (perhaps more) and 128GB of an impressive amount of onboard memory. The device has posted an eye-catching benchmark score which is 325,076.

According to 325,076, it’s beating an official AnTuTu score of Huawei’s recently announced Mate 20 and Mate 20 Pro but quite less as compared to Qualcomm’s upcoming Snapdragon 8150 Chipset.

During the run on AnTuTu, Samsung Galaxy S10 Plus clocked as highest as 2.7GHz. The brain behind the handset is Exynos 9820 which packs 2 Exynos M4 cores, 2 Cortex-A75 and 2 Cortex-A55 cores – developed by Samsung.

Aside from AnTuTu, several analysts are predicting that there’s an even more and super-powerful Galaxy S10 with a hefty 12GB of RAM, 1TB of onboard memory and larger 6.7-inches screen. Keeping Galaxy Note 9 in our minds, Galaxy S10 should be backed by at least 8GB of RAM or a little more.