The leaked images of the most rumored smartphone named Samsung Galaxy S10 have now appeared online. According to a concept designer Ben Geskin who has already got the images from @GregPfister89 – tweeted out images of Galaxy S10 opened to the handset’s “Samsung Blockchain KeyStore”.

Taking a look at the images, Samsung Blockchain KeyStore “is a secure and convenient place for your all kind of cryptocurrency”. Doesn’t it look like users now will be able to access the page by visiting the “Security” menu in the “Settings” app?

Samsung has fulfilled its promise and launched its own cryptocurrency service in its upcoming Galaxy S10. The Blockchain KeyStore seems to be a more secure part of the handset which the company has designed for those who use cryptocurrency in their routine.

After having a look at the images, it’s too easy to guess that it’s Samsung Galaxy S10 thanks to its punch-hole cutout in the top right corner of the device. Not only this, but a curved screen is also a hint. The elder brother Samsung Galaxy S10+ will come with oval-shaped punch-hole whereas the rumored Galaxy S10E will comprise a flat display. That’s what we have heard. 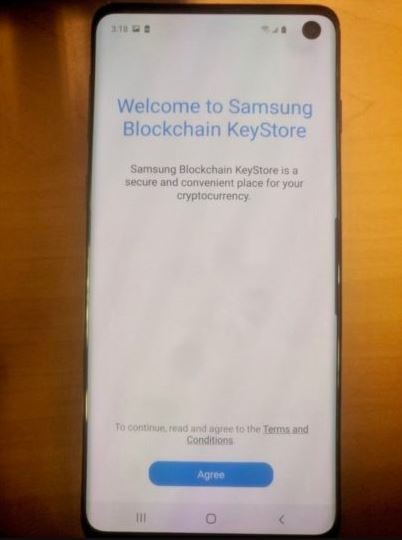 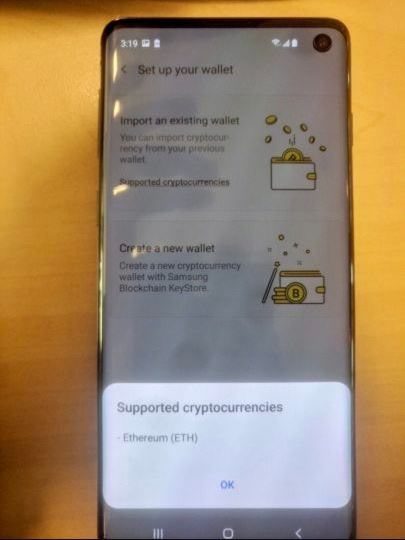 It’s most likely that the company will officially show off the Samsung Galaxy S10 series at its Unpacked event on February 20th, 2019. The Samsung Galaxy S10 release date in Australia isn’t known, for now. It’s been rumored that it’ll house an on-screen fingerprint scanner, massive 6GB of RAM and Qualcomm Snapdragon 855 Chipset only for US and Canada. Rest of the world is expected to get Exynos Chipset, as usual.

0 0 votes
Article Rating
Source:VenyaGeskin1 Twitter
Via:sammobile
Share on FacebookShare on Twitter
the authorStaphanie Kyle
Staphanie Kyle is one of the youngest members managing gadget reviews and other high priority news and stories for TechenGuru. When she isn’t working, you can find her listening songs and watching documentaries and sports.
All posts byStaphanie Kyle
Subscribe
0 Comments
Inline Feedbacks
View all comments