Samsung Galaxy Note 9 – Everything You Should Know About

It’s been 10 months since Galaxy Note 8 made headlines, right? Now, rumours are circulating that Samsung has set to release its much-anticipated flagship named as Samsung Galaxy Note 9 in Australia with much-improved features and design. It’ll be the Korean company’s greatest and popular premium phablet range. However, Samsung Galaxy Note 9 rumours are already heating up that it might have an on-screen fingerprint scanner as well as it could launch slightly earlier in the year than its predecessor.

Samsung Galaxy Note 9 is assured to be an enormously sized update to the Galaxy S8, but rather, we’re expecting iterative changes, mostly in terms of specs. Nevertheless, Samsung has to roll out a new Note which should be eye-catching enough to outlast the iPhone X2 phones Apple is most likely to reveal in upcoming September. If you’re extreme on phones loaded with a handy stylus, it is the one to read up on.

We know it’s too early to talk about Galaxy Note 9, but in this Samsung Galaxy Note 9 Review, we have mentioned everything we know so far including its release date, price, and specifications. So, let’s dive into it.

Don’t Miss: OnePlus 6 vs. Huawei P20 Pro – Which One is Most Powerful? 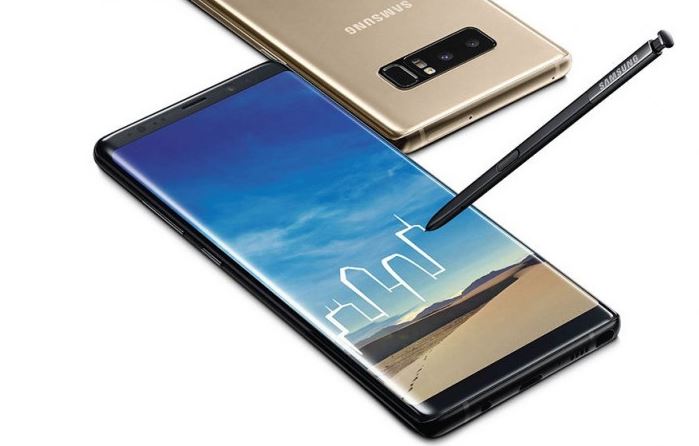 Here is a quick rundown of Samsung Galaxy Note 9 Specifications and features. Have a look!

Plenty of things are positive such as Galaxy Note 9 will boast a performance upgrade – we’re expecting the second-generation 10nm Qualcomm Snapdragon 845 in the US whereas Exynos chip in certain territories along with 8GB of RAM. The device is amazingly fast, obviously, so everyone is more interested in the features everyday users will really notice.

The Samsung Galaxy Note 9 design cannot be ignored. You’ll see Note 9 an all-glass front in terms of design with accurately fewer bezels. It’s going to accomplish this by embedding an in-screen fingerprint scanner as well as integrating the camera and sensors here. The Super AMOLED display will most definitely act as a light case for the sensor.

A stretched out display might result greatly in a design and it’s expected that the Samsung Note 9 will sport a 6.3-inches 4K display.

Though if Samsung won’t be able to implement a new type of screen, then we should be hunting at very similar specifications as for the Note 8 having a 6.3-inches Super AMOLED Quad-HD+ display.

According to KGI analysts, an under-glass fingerprint scanner is most likely for the Galaxy Note 9. It has also been said that Samsung will switch from Synaptic to Egis for this sensor which costs four to five times the price.

It was assumed that the Iris Scanner will get a boost in the Samsung Galaxy S9, so chances are higher to see those same changes in the Note 9 too. An Intelligent Scan has also been discovered by Android Police readers – an answer to Face ID by the looks of it. That’s what we were expecting to see first in the Galaxy S9 and S9+ and carried over to the Note 9 then.

Furthermore, Samsung is listed to use a new type of metal (Metal 12) specifically for its upcoming Galaxy Note 9 with an aluminum alloy and magnesium which is tougher yet lighter.

Samsung Galaxy Note 9 is far away from its launch which indicates there’s not much to go on as yet. Despite, it’ll change over the coming months without a doubt, especially now we have Samsung Galaxy S9 an S9+ around. As soon as we receive any rumours or reports appear nearby the Note 9, we’ll update this page. But as of now, there’s nothing to expect anything official until the end of the summer.