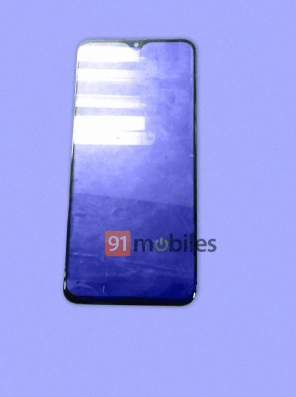 Right after getting a huge success in A-Series and S-Series, Samsung has decided to launch a new smartphone in M-Series named as Samsung Galaxy M20 in Australia and all nearest regions.

The handset has already surfaced online and we have now seen so many leaks of the hardware. Today’s photo of the screen glass for Galaxy M20 indicates a waterdrop-like notch (Samsung’s first smartphone to house that notch) which was of the few remaining makers without a notch in their lineup.

The Samsung Galaxy M20 specifications ahead of its official launch, include 5.6-inches screen which will be based on Super AMOLED Technology with 1080p+ resolution. Samsung Galaxy On smartphones normally backed by LCDs in lower levels and even higher standing Samsung Galaxy A8s may go with LCD Technology.

It is Samsung’s first smartphone which is shaping up to be a very dazzling entry-level smartphone – powered by an Exynos 7885 Chipset. Coming up in 2 different configurations – 3GB and 4GB of RAM with 32GB and 64GB of onboard memory respectively.

The battery is rumored to be around 3300mAh non-removable seems much generous for a handset of that size and in this market section.

So many other specifications include a 16MP rear camera and a 5MP FaceTime sensor. Expecting a dual rear camera is too prompt, frankly speaking.

When will Samsung introduce a new M-Series? It is most likely that we will start seeing M-Series smartphone from Samsung somewhere in early 2019.