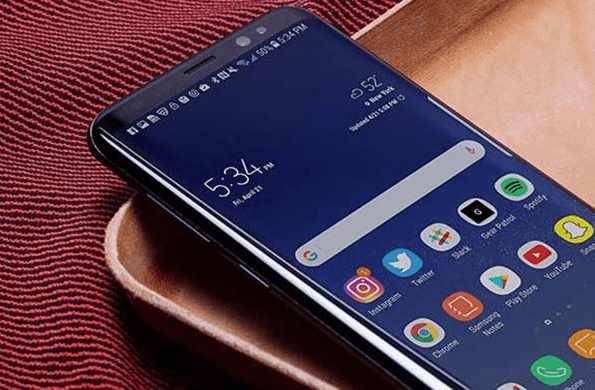 Smartphone brands tend to announce a barrage of new flagship models on the same day, and Samsung just did that a few days back across the globe. First, Samsung released its Galaxy J6, J7 and now released its pocket-friendly flagship named as Samsung Galaxy J8 in Australia with much-improved features such as dual rear camera, a massive battery and interestingly, an Infinity Display design.

We have gathered everything in our Samsung Galaxy J8 review. So, without further ado, let’s meet.

Right after launching Samsung Galaxy J5, J6 and J7 along with C5 and C7, Samsung has released its Galaxy J8 in US, UK, France, Germany, Switzerland, Spain, India, China and in Asian countries.

Coming to Samsung Galaxy J8 price in Australia, it has been priced at AU$375 and only comes in a single 64GB variant.

We have listed down all Samsung Galaxy J8 Specifications and features. Have a look!

As mentioned above, it’s a mid-range smartphone, so Samsung dropped the Plastic body but went for a more sophisticated and classy Polycarbonate overall unibody. It adds indeed sleek vibe to its overall look but doesn’t have IP68 certifications. It is fine, isn’t it?

A dual camera is vertically positioned on the back along with an LED flash. The camera at the top comprises a biggest aperture as compared to the one below. The fingerprint scanner is right below the camera as well. The Galaxy J8 is available in 3 sensational colours – Black, Gold, and Blue.

Are you a big screen lover? Samsung Galaxy J8 sports an Infinity display. Now you can enjoy the quality display and get a full view experience. The 6” Super AMOLED display will absolutely entice you if you’re into big screens. There’s nothing much to discuss about its display since it’s a budget flagship. It has a resolution of 720 x 1480 pixels and dishes out an 18.5:9 aspect ratio just like its predecessor.

The rear side of Samsung Galaxy J8 is covered by a dual 16MP + 5MP cameras with f/1.7 + f/1.9 aperture respectively. Both cameras capture dazzling images with Portrait Mode, Autofocus, LED Flash, Geo-Tagging, Touch Focus, Face Detection, Panorama, HDR and plenty of more. The video calls and selfies are assisted by a 16MP front-facing sensor with f/1.9 aperture and LED flash.

The brain behind Samsung Galaxy J8 is Qualcomm Snapdragon 450 with an Octa-core processor and 64-bit CPU architecture. The Adreno 506 graphics processor (GPU) is in total control of graphics here.

The Galaxy J8 is available in only one variant – 4GB of insane RAM – boasts of over 1GHz of memory speed for smooth multitasking without getting any delay. In addition to this, you can play graphics enriched games and can open numerous apps at once.

To accommodate your all file and other data, Samsung Galaxy J8 comes with a hefty 64GB of onboard memory. Thus, you can save all of your stuff i.e. files, documents, images, video and even movies. Excitingly, the onboard memory is expandable further up to 256GB via microSD card.

Powering Samsung Galaxy J8 is a massive 3500mAh built-in Li-Ion battery which lacks fast charging technology. That means the battery from 0% to 100% might take up to 2.5 hours. The battery, however, keeps you online all day long with a casual use but doesn’t deliver more than that with an extensive use.

To stay connected with your near and dear, Samsung Galaxy J8 houses a bunch of connectivity options like Wi-Fi 802.11 b/g/n, Wi-Fi Direct, hotspot, Bluetooth, GPS and Radio.

As far as sensors are concerned, the Galaxy J8 is loaded with Fingerprint (rear-mounted), accelerometer and proximity.

The Galaxy J8 is an excellent flagship. It’s got a dazzling Infinity display, high-end cameras, brilliant performance all-round and a massive battery which is making it stand out from the crowd. If you’re running short on money, but want a flagship device loaded with premium features, Samsung Galaxy J8 is an absolute choice you should go for.

What do you think about Samsung Galaxy J8? Does it really sound great to you? Let us know down in the comments.