The Samsung recently launched its flagship smartphone named as Samsung Galaxy J6 in Australia boasting premium Samsung features in your budget. The Galaxy J6 has landed along with Galaxy A6+. There is a little difference between these two smartphones in terms of their overall designs.

In terms of its Face Recognition and Signature Infinity display, Samsung Galaxy J6 offers more or less similar features as found on Samsung Galaxy A6+. Is it enough to make this device pretty impressive against flagship devices such as Xiaomi Mi 7 and Asus Zenfone Max Pro M1? We find out in this Samsung Galaxy J6 review. So, let’s begin. 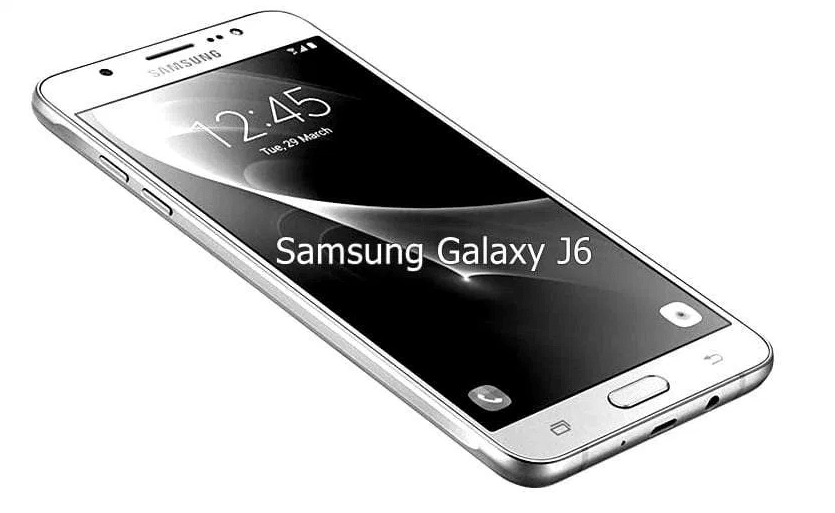 The Samsung Galaxy J6 release date in Australia as well as in other parts of the world is May 22, 2018. It shows that the phone will start hitting shores all over the world from tomorrow onward (Yahoo!).

The Samsung Galaxy J6 Price in Australia is slightly lower as compared to its other J-series smartphones. At the moment, it costs AU$205 to AU$220 for its 32GB variant, whereas 64GB variant sets you back around AU$295. It’s our educated guess though, once it becomes live, we will update its price.

Here is a quick rundown of Samsung Galaxy J6 Specifications and features. Have a look!

Samsung Galaxy J6 comes with a nominal when it comes to design. The company has gone for a simple form aspect and design for the flagship with its Infinity display surrounded between bezels on all side. The phone boasts a rear camera in the centre of the phone along with LED flash and fingerprint sensor right below a camera – everything is far above the Samsung logo. The device is quite easy to hold and operate single-handedly.

Talking about its front, the Galaxy J6 houses a camera module on the top bezel and an empty bottom bezel. You will see a 3.5mm standard headphone jack along with a USB Type 2.0 on the chin of the smartphone. As always, power key is placed on the right whereas volume buttons can be seen on the left. The Samsung Galaxy J6 will be landed in 3 sensational colours – Black, Gold, and Blue.

As for the display, Samsung Galaxy J6 sports a 5.6-inches Super AMOLED capacitive touchscreen display which is well-supported by 720 x 1480 pixels resolution at a pixel density of 294 PPI. The display is sharp with good colour reproduction, brightness and sunlight accuracy. The viewing angles are pretty awesome and the contrast ratio is also very good.

The Samsung Galaxy J6 is powered by an Octa-core processor and carries either a 3GB or 4GB of RAM paired with Exynos 7870 Octa. Based on numerous tests, the performance is butter smooth and handles everyday smartphone tasks like calling, messaging, using social media apps, watching videos and playing graphics enriched games.

When it comes to Samsung smartphones, you can be pretty sure about its camera performance. On paper, Samsung Galaxy J6 is equipped with a 13MP rear sensor with LED flash, while the front side of that device is taken care of by 8MP front camera.

As you’d expect, captured images are quite stunning. The colours are beautiful with lots of details and the focus is pretty fast as well. It also comes with several features like Geo-Tagging, Touch Focus, Face Detection, Panorama, and HDR.

The Samsung Galaxy J6 is backed by two variants – 32GB/3GB and 64GB/4GB. Most interestingly, you can expand its onboard memory up to 256GB via microSD card slot. Now you can save plenty of stuff such as your files, documents, images, videos and even movies with ease.

Samsung uses its own UI along with Android 8.0 Oreo making this device quite easy to use. Apart from Oreo, Samsung Galaxy J6 is loaded with numerous other features such as voice assistant Bixby, memory management, face recognition and Split screen view.

The Samsung Galaxy J6 packs a 3000mAh non-removable battery that lasts an entire day easily under moderate use, but cannot deliver more than that with extensive use. The phone doesn’t support a wireless charging thanks to its Plastic body. There are a bunch of security features in Galaxy J6 including a fingerprint scanner and face recognition – both work well and are quick to respond.

Without a doubt, Samsung Galaxy J6 is an exquisite and efficient device. The phone boasts a plain shell incorporating Samsung’s premium features such as Infinity display as well as sufficient firepower for base flagship for those who wouldn’t require too heavy performance output out of their flagships. Priced at AU$205, it’s might not have lots of appeal to the buyers, but rather competes with numerous smartphones like Xiaomi Redmi Note 5 Pro and few other recently launched devices.

Once it goes live, we will update an entire story. In the meantime, let us know your thoughts in the comments section below.