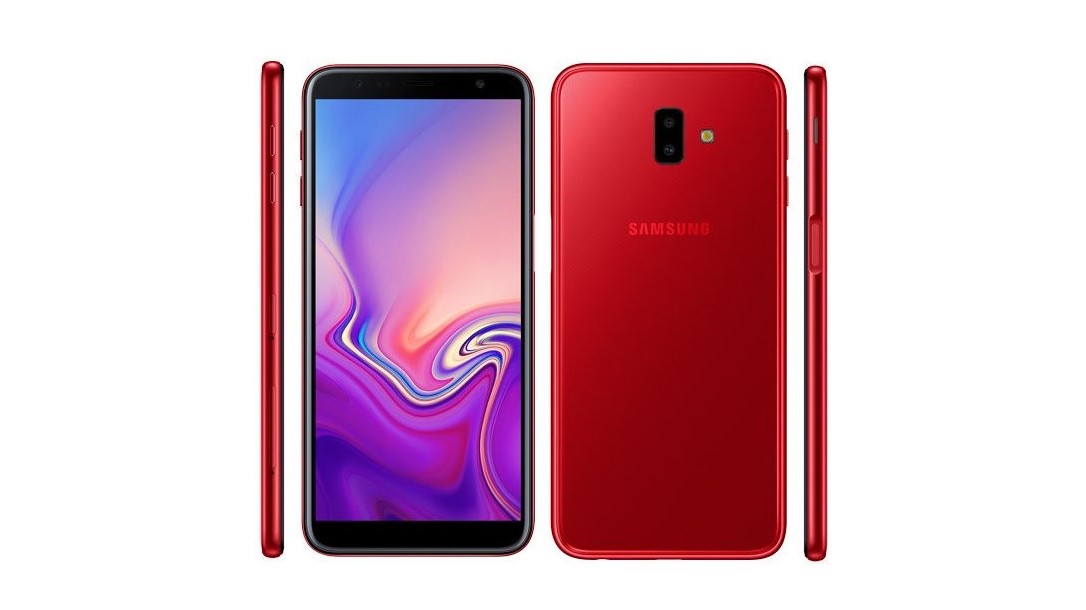 Two new smartphones from Samsung has been revealed in its Galaxy J-Series named Galaxy J4+ and J6+ without any fanfare. Both smartphones are sharing plentiful key specifications but alongside some major differences.

The availability of Samsung Galaxy J6+ in Australia and other regions in undecided for now. But numerous specifications have been leaked such as a gorgeous 6-inches Infinity Display with 720 x 1480 Pixels resolution. The handset houses a Quad-core Processor whereas Chipset by Samsung will differ with respect to markets.

The Galaxy J6+ will have 3GB or 4GB of RAM and 32GB or 64GB of ROM respectively. But it depends on your country. Outback, you’ll see a dual camera configuration – 13MP (Primary) lens with f/1.9 and 5MP (Secondary) sensor with f/2.2. Out front, there is an 8MP f/1.9 sensor which assists you in selfies and video calls with your loved ones.

It’s the first smartphone comes with a side-mounted fingerprint scanner which is easy to reach. The power button, on the other hand, is a little difficult since as it’s closer to a top. The volume keys are holding their position on the left side alongside SIM Tray.

Similar to Galaxy J6+, availability of Samsung Galaxy J4+ in Australia is also unknown. But we’ll update as soon as we hear more. Ahead of its official launch, we know several key specifications of Galaxy J4+. For instance, it’s bearing the same processor but comes in 2GB/3GB RAM with 16GB and 32GB of ROM respectively.

The J4+ has a single rear camera on its rear – 13MP (f/1.9) aperture whereas a 5MP sensor is on front. The device has Bluetooth 4.2 and single band Wi-Fi. NFC availability depends on the country, though. Battery-wise, it’s having 3300mAh non-removable battery and runs on Android 8.1 Oreo. The colour options are Black, Gold, and Red.

Pricing and availability of these smartphones, as of now, are unknown. But it’s now confirmed that India will be among the first markets where these devices will be on shelves.

Nokia is Reportedly Working on a Gaming Smartphone Named Nokia 5.1 Plus