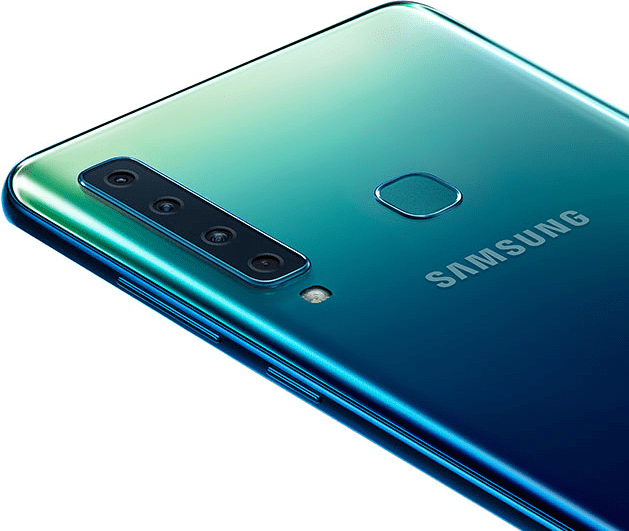 Finally, Korean smartphone brand Samsung laid a speculation to rest and announced much-anticipated flagship named Samsung Galaxy A9 2018 in Australia as well as Europe, America, and Asia. The biggest highlight which is making it stand out from a crowd is four rear cameras. Yes, you read that correctly. It’s world’s first feature and is especially notable as Samsung has added a desirable feature to A-Series smartphones you won’t find on flagship Galaxy S devices.

Aside from a quad camera, with 6GB/8GB of RAM, 128GB of onboard memory (Plus microSD Slot), 6.3-inches Full HD+ screen and a 3800mAh non-removable battery, it is offering up a decent collection of specifications.

The new and upcoming Galaxy A9 2018 has some state-of-the-art features at unmatched rates which mean it’s the likes of Huawei Honor 10 to struggle with progressively competitive “affordable flagship” segment. In Samsung Galaxy A9 2018 review in Australia below, let’s find out what it dishes out. 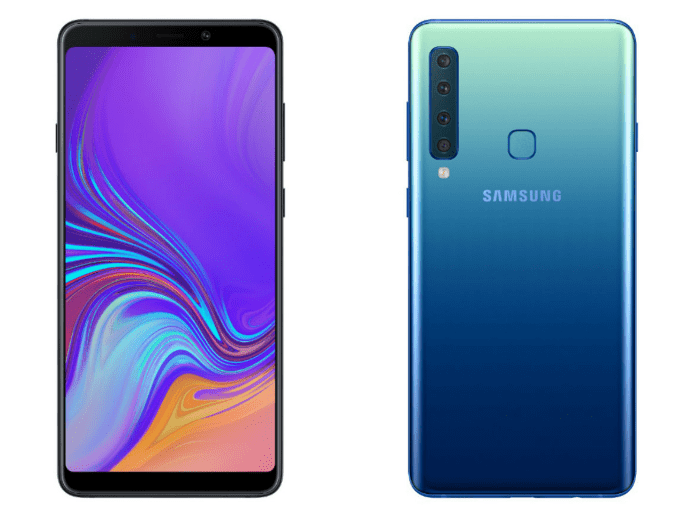 The Samsung Galaxy A9 2018 release date in Australia is yet to be announced. But Samsung has confirmed that Galaxy A9 (2018) will start landing on shores before November 2018 is out.

If it’s to be believed, you shouldn’t have to wait more than a month to get your hands on one. The handset is coming in 3 sensational colors – Caviar Black, Lemonade Blue, and Bubblegum Pink.

Talking about Samsung Galaxy A9 2018 Price in Australia, it’s expected to be expensive due to four rear cameras. Pricing details in Australia are undecided but it’s safe to say that it will set users back around AU$1021 (after conversion from Euros to Australian Dollars).

Ahead of its official launch, it’s already available on several online stores in Australia including Etoren, Dick Smith, BuyMobile as well as Kogan whereas by Samsung itself, Samsung Galaxy A9 2018 release date in Australia is yet to be revealed. No matter which Australian city you’re currently living in, visit any online store and get your hands on one with immediate effects.

Now jumping on a price section, Samsung Galaxy A9 2018 Price in Australia offered by Dick Smith is $999 whereas Etoren set users back around AU$718. Kogan offers the same price as Dick Smith offers but you have to spend $819 if you are going to buy one from BuyMobile.

Above, we’ve mentioned the price of Samsung Galaxy A9 2018 with 6GB of RAM and 128GB of onboard memory – as how much 8GB variant set users back, it’s yet to be confirmed.

The handset comes with quite a few incredible features e.g. 6.3-inches Super AMOLED screen, 128GB of ROM, 6GB/8GB of RAM and 24MP + 8MP + 10 + 5MP rear cameras. Further Samsung Galaxy A9 2018 specifications in Australia are listed below.

Without a doubt, Samsung Galaxy A9 2018 has an exquisite and premium design with a metal frame and a glass rear and front both. It’ll be available in 3 dazzling colors (as mentioned above), with most jaw-dropping options being bubblegum pink which houses attractive two-tone hues, reminding us Huawei P20 Pro.

There is a fingerprint scanner (rear-mounted) which falls nicely under forefinger. And power/lock and volume keys are holding their position on a right side of Galaxy A9 2018.

One can see a design language Samsung’s flagship Infinity display spilling over A9, but it’s not as edge-to-edge with lightly thicker borders. To protect it from normal wear and tear, there’s a Corning Gorilla Glass layer on the screen.

Digging down inside Galaxy A9 2018, it’s backed by exceptional Octa-core Snapdragon 660 Chipset and an insane amount of RAM – 6GB/8GB. The overall performance is up to snuff and one will get smooth and silky and lag-free performance while working on multitasks or playing graphics enriched games.

Software-wise, Samsung Galaxy A9 2018 runs on out-dated Android 8.0 Oreo operating system out of the box. However, chances are it will soon start getting updates of Android Pie 9.0 OS.

Now moving on a camera department, Samsung Galaxy A9 2018 boasts a super-powerful and quality-oriented 24MP FaceTime sensor to assist users in selfies and video calls. Outback, you’ll see a beautiful combination of four cameras. The 24MP + 8MP + 10MP + 5MP shooters are a mixer of wide and Telephoto lenses which help you capture detailed and colored images regardless of lighting conditions around. There is an LED Flash as well for bright images in dark environments.

In terms of battery, there’s a beast inside the beast. It’s powered by 3800mAh non-removable battery which promises users to last an entire day with mixed activities such, for example, watching videos, surfing the Internet and playing games for a short period of time. The smartphone has a fast charging feature as well which juices up the battery up to 50% in a couple of minutes.

The device comes with a regular connectivity options which include Wi-Fi 802.11 a/b/g/n/ac, NFC, 4G with VoLTE, GPS, Bluetooth 5.0 and a USB 2.0 Reversible Port. The sensors of Galaxy A9 2018 include Gyro, Proximity, Compass, Accelerometer, and rear-mounted fingerprint scanner.

8.1The Samsung Galaxy A9 2018 isn’t yet arrived, therefore, it’s too prompt to discuss. However, it’s overall a good looking smartphone which comes with so many dazzling and jaw-dropping features. The features include a whopping 6/8GB of RAM, 4 rear cameras, a massive amount of onboard memory, Super AMOLED screen and most important of all, dedicated slot to expand memory up to 512GB via microSD. Unfortunately, wireless charging is only a feature Samsung Galaxy A9 2018 lacks. It could have made it a way better option to go.

LG V40 ThinQ Release Date, Pre-orders and Price – How Much Does it Cost?