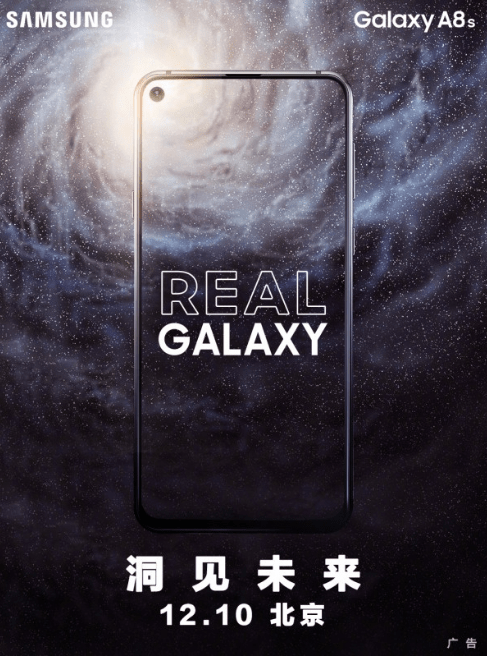 Right after making an announcement by Huawei that we’re going to launch “Huawei Nova 4” with a punch-hole screen which houses a selfie camera on December 17, Samsung immediately announced that it’ll show off Samsung Galaxy A8s 7 days earlier. Yes! Galaxy A8s is now going to hold their positions on shelves on December 10.

Actually, there is a race of launching smartphones in which Samsung and Huawei are the most prominent names trying to beat each other. This move though is by no means coincidental – it’s a fight to become the world’s first smartphone brand to house a handset with a hole in the screen for FaceTime sensor.

Now, it seems like Samsung is going to beat Huawei to the punch – there are 6 days and things could change.

The screens of both devices “Galaxy A8s and Nova 4” are LCD’s made by BOE – but it’s expected that Samsung’s smartphone is the more premium of the two.

In terms of Samsung Galaxy A8s specifications, it’s backed a 6.3-inches screen with a maximum resolution of 2340 x 1080 with an aspect ratio of 19.5:9. The brain will be Qualcomm Snapdragon 710 Chipset – partnered with a whopping 6GB of RAM. Out front, you’ll see a 24MP FaceTime sensor embedded into a display and a tri-camera on the back. The rear sensors are likely a regular and an ultra-wide accompanied by a depth sensing 3rd sensor.