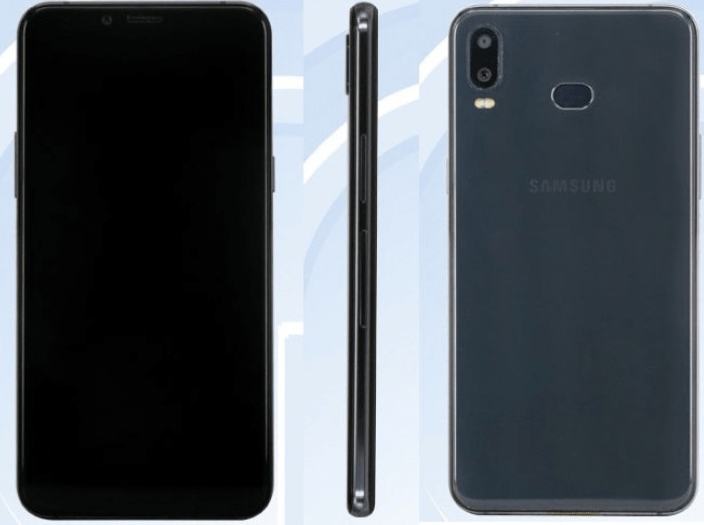 A couple of weeks back, Samsung Galaxy A6s appeared on Chinese certification platform TENNA. The listing on TENNA reveals so many Samsung Galaxy A6s specifications in terms of hardware and software. And when will it land in China or other countries, it is unknown, for now. The image renders and design of Galaxy A6s had been leaked via a previous listing.

Samsung Galaxy A6s specifications include a super-gorgeous 5.99-inches IPS Display with a maximum resolution of 2180 x 1060 Pixels. There is an aspect ratio of 18:9 and it runs on Android 8.1 Oreo operating system. The brain behind Galaxy A6s will be Qualcomm Snapdragon 660 SoC and will run a 2.2GHz Octa-core processor.

TENNA further reveals that Galaxy A6s will offer users a whopping 6GB of RAM and 64GB/128GB of onboard memory. The onboard memory, however, is expendable further up to 256GB via microSD card. The smartphone will run a 3300mAh non-removable battery.

Camera-wise, there’ll be a dual 12MP + 12MP rear cameras whereas an aperture is unknown. Based on what TENNA says, Galaxy A6s will let users record 1080p video recording. Out front, you’ll see a 5MP FaceTime sensor.

Connectivity options of Galaxy A6s include Wi-Fi, Bluetooth, GPS, and Gravity. Sensors are Distance & Ambient Light sensors – and there’s a rear-mounted fingerprint scanner. Users will have 4 color options to choose from – Black, Blue, Red, and Pink.