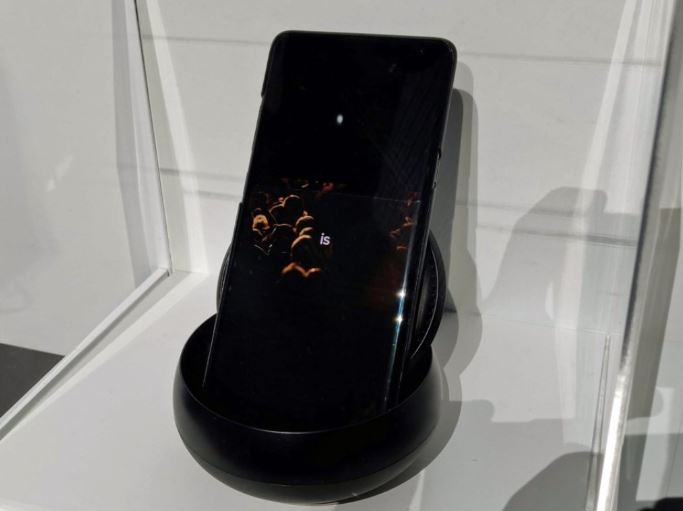 Back on 8th of January at CES 2019, the world’s biggest smartphone brand “Samsung” had gorgeous smartphones – however, these aren’t available for the public – Foldable Galaxy, for now. And a 5G Prototype was also at that event.

The 5G smartphone from Samsung wasn’t hidden like Foldable prototype, which was only shown behind closed doors.

We didn’t hear any rumor or promotion which is making it quite hard to spot in its glass enclosure at the end of the 5G hardware wall.

The appeared unit was a prototype. But clearly operational as it was running in demo mode in which it was not really connected to a 5G network (the coverage wouldn’t reach Las Vegas before the 4rth quarter of 2019). The real handset is set to go on sale before 2019 ends.

This handset is most likely to the same which was showcased in Korea back in December 2018. Most probably not the same unit – but from the same batch. Very much like Samsung Galaxy S10, it’s loaded with the same corner notch for sporting the front-facing camera.

The Samsung Galaxy S10 is all set to be launched by Samsung on February 20 in which we will see the core trio and quite a few other fully-baked features.