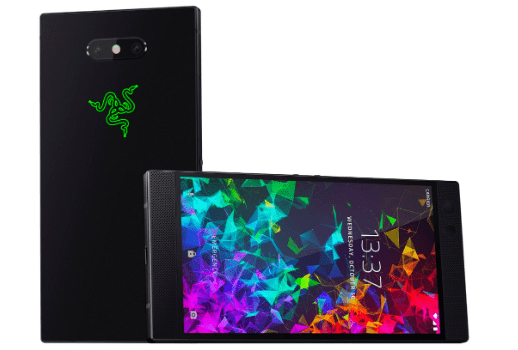 Razer once again has offered a unique and groundbreaking smartphone package to a still-standing smartphone market in the form of Razer Phone 2 in Australia. We all are now beyond of that place where there is an extensive amount of people looking to buy their first smartphone, instead, we are at that point where almost everyone has had a couple smartphones in their adult lives.

The Razer Phone 2 is something outside the box – something that takes a chance with hardware design and features which will appeal so many but not all, of course.

It’s one of the 2 smartphones worldwide having a 120Hz image refresh rate screen and having similarity to its closest relative “Razer Phone”. Coming up with 5.72-inches IGZO LCD with a maximum screen resolution of 1440 x 2560 pixels and Qualcomm Snapdragon 845 Chipset. Let’s find out more in our Razer Phone 2 review in Australia below.

The Razer Phone 2 launch date in Australia was back somewhere in October 2018 which means it’s available across Australia and audience from all major cities such as Melbourne, Canberra, Brisbane and Sydney can buy one for their selves.

The Razer Phone 2 Price in Australia is set at AU$1100 which is indeed AU$100 more as compared to its predecessor at launch.

Spend only AU$675 and you will get your hands on Xiaomi Black Shark with a much better camera and smooth performance.

A couple of months old Asus ROG Phone is also an excellent option (set users back only AU$945) with a slightly bigger screen, beefier onboard configuration, and obviously exceptional performance.

Running on Android 8.1 Oreo operating system – upgradable, a whopping 8GB of RAM, 64GB of onboard memory and 4000mAh non-removable battery which lets you play games without any interruption. Other Razer Phone 2 specifications include:

The Razer Phone 2 is all about the screen – equipped with 5.7-inches IGZO IPS LCD Ultra-Motion screen. It’s having a maximum brightness by 50% which peaks at 645 nits. The 120Hz refresh rate provides latency-free gameplay, exceptionally smooth and silky scrolling, and an 8ms response rate.

Featuring an Android 8.1 Oreo with a bunch of interesting and positive modifications. Very much like Razer Phone 1, it’s backed by Nova Launcher which means you get a whole lot of mods. Well, it’s nice to know that it’s going to be upgraded to Android Pie 9.0 that obviously means a lot of other features and a new interface.

The brain behind Razer Phone 2 is Qualcomm Snapdragon 845 Chipset – partnered with a hefty amount of RAM – 8GB and 64GB of onboard memory that can be expanded further up to 512GB with a help of microSD card.

According to several sources, Razer Phone 2 runs fast and smooth flawlessly. No matter you are playing heavy graphics games or working on multiple apps at once, you will get no sign of lag. In short, playing games, working on apps or switching between apps, everything will be smooth and fast.

Be noted that cameras outback and out front of this handset appear to be very identical but an updated software and updated processor making it capture significantly better images.

“One of the online sources has said that the display of the device doesn’t seem to do them justice. Whenever I zoom in on the captured images, it seems pretty sub-par but whenever I view them on a big screen at home, it seems pretty gosh-darned Ok”.

If you want to play a game for longer periods of time, you’ll then need the biggest battery that can keep up. The Razer Phone 2 has opted for a 4000mAh battery again (quite lower as compared to Asus ZenFone Max Pro (M2) with 5000mAh battery but bigger than Honor Magic 2 with 3500mAh battery only) which promises a full day with high usage.

If you have a busy day, you’ll arrive at home by 7 PM most often with 35% juice in the tank – that’s through gaming alongside 120Hz screen turned on as well as capturing lots of images, music streaming and browsing the Internet.

However, you can stretch that if you drop a screen to 60Hz and put a Chroma RGB on a low power mode. Hence, it will only light up when you get a notification. If you are a kind of moderate user, you will end up with 46% before going to bed. That’s what sources have tested so far.

7.3The handset is indeed a premium device comes loaded with all fully-baked features a game lover would want. The display is mesmerizing and is one of the groundbreaking features. For clicking amazing and detailed images and shooting videos, it’s backed by a quality-oriented rear camera but front-facing camera falls on an average list of features. The onboard configuration is perfect for any operation and will never disappoint if you buy one. The major drawback is, it’s being supported by only one SIM card which limits user in some ways. However, an ample amount of onboard memory and long-lasting battery backup both are again very premium. All in all, if you are looking for a full-fledged gaming handset, look no further.