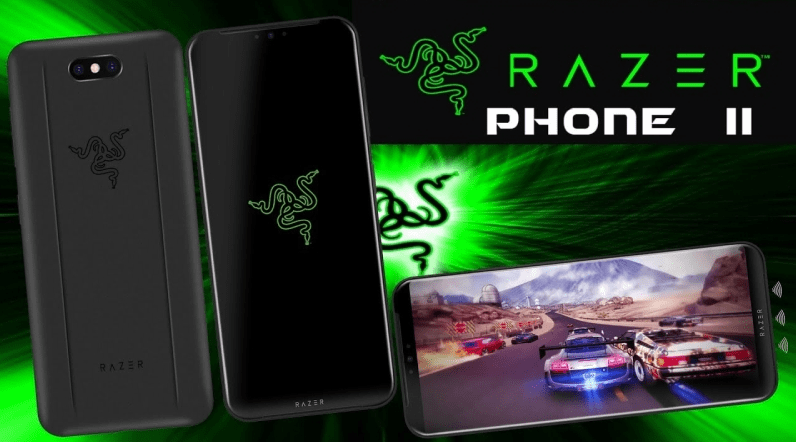 Razer’s first gaming smartphone was announced last year and it was indeed considered an exquisite device which certainly doesn’t dull a good Razer name. Frankly, Razer’s first smartphone faced several problems such as bad optimization resulting in battery and camera disappointments. A Razer Phone 2 will be a good chance for a company to get improved these areas and to be honest, based on the most recent speculations, we might just get one at the next IFA.

Based on a report which comes via FrAndroid from well-famous internal source, however, much details about Razer Phone 2 were not commented on. IFA is one of the world’s biggest Technology shows and in 2018, it’s going to take place between August 31 and September 5 and some major announcements are expected there. Razer seems to have the biggest space booked at a show – so it’s going to be the perfect place to reveal the latest smartphone.

Though, it would be a little early in 12-month release cycle as Razer’s original phone was released at the beginning of November.

FrAndroid further says in its report that Razer Phone 2 is expected to land alongside Project Linda. It’s a Razer scheme which turns its smartphone into the brains similar to computer and laptop.

A bunch of recent rumours has suggested that Razer Phone 2 is already under development which sounds it’ll be available to buy before the year is out. Chances are Razer Phone 2 release date in Australia will be October or November 2018.

The last year’s Razer Phone goes for somewhere in the range of AU$940-1050 based on where you bought it, which give it high-end specifications which actually seemed to outclass smartphone such as iPhone X at an affordable price point.

However, it’s sure to be expensive whenever it lands. It’s possible that Razer Phone Price in Australia will be slightly higher. How much will it exactly cost? It’s something we’re short on words on.

We are for now waiting to hear but before we finish it off, one last interesting detail FrAndroid says was that Razer reportedly developed that CES demo in just one month. If that’s all it took to create the exciting potentially groundbreaking system we tried. Honestly, nobody knows what Razer team is doing between now and September.

Read Also: Apple iPad Pro 2018 – Rumours, Leaks and Everything We Know So Far