Yesterday, Chines smartphone brand Xiaomi has rolled out the latest software update for its Pocophone F1. The Android operating system is still Pie 9.0 but once you get installed a 512MB download, your phone will start running on MIUI 10.3.4 with a March 2019 security patch level. This is, however, the most interesting part of this update. And importantly, the most awaited Widevine L1 support is finally baked into a stable MIUI release for a Pocophone. Thus, you will now be able to stream HD videos on services such as Netflix. It’s like better late than never. What do you say?

Moreover, Xiaomi added Game Turbo to its Pocophone F1 which we have already seen in the last beta release. It’ll indeed boost your overall gaming experience on the handset – very much similar to Huawei’s GPU Turbo.

This gorgeous feature appeared in Xiaomi’s roster with a launch of Mi 9 and now it has been ported to the Pocophone F1.

It helps you clear the memory, toggle Wi-Fi on/off, start recording, take a screenshot and interestingly switch between SIM card without even closing your game. Everything is controlled by an overlay pop-up. Also, you can access social media apps such as Facebook, WhatsApp as well as browser while playing a game. 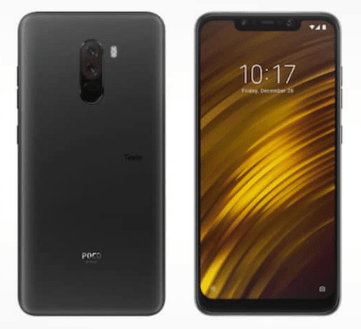 This update also makes users able to use a face unlock feature to lock a specific app and, on that subject, a face unlock function itself comes with numerous bug fixes.

Most important of all, one can now record HD 4K video at 60fps and a camera app gets new AI modes as well – because this world needed more of those, without a doubt.

According to the reports, this time around, there is only a few numbers of users who have got this update over-the-air – but it’s expected to change in the upcoming days.

0 0 votes
Article Rating
Source:piunikaweb
Share on FacebookShare on Twitter
the authorStaphanie Kyle
Staphanie Kyle is one of the youngest members managing gadget reviews and other high priority news and stories for TechenGuru. When she isn’t working, you can find her listening songs and watching documentaries and sports.
All posts byStaphanie Kyle
Subscribe
0 Comments
Inline Feedbacks
View all comments