Oppo F9 Pro is specially designed for those who want to be noticed. In a world where smartphone brands and generic-looking devices all racing to replicate the same design cues, Oppo went beyond and decided to be a little different. The F9 Pro by Oppo is promptly noticeable and recognizable – no matter which of its 3 very different finishes you get your hands on and no, there is no restrained – low-key option.

If you really don’t like getting curious glances when you’re out of station or you’re in a search of something that will work unremarkably in a corporate environment, Oppo F9 Pro is an ultimate smartphone that will suit you better.

It’s not deniable that Oppo prioritizes not only fashion but features as well. The new smartphone from Oppo comes with a more subtle notch, Oppo’s usual emphasis on selfies and of course the promise of great and long-lasting battery life plus VOOC fast charging. All these things combined might earn the F9 Pro a few fans. 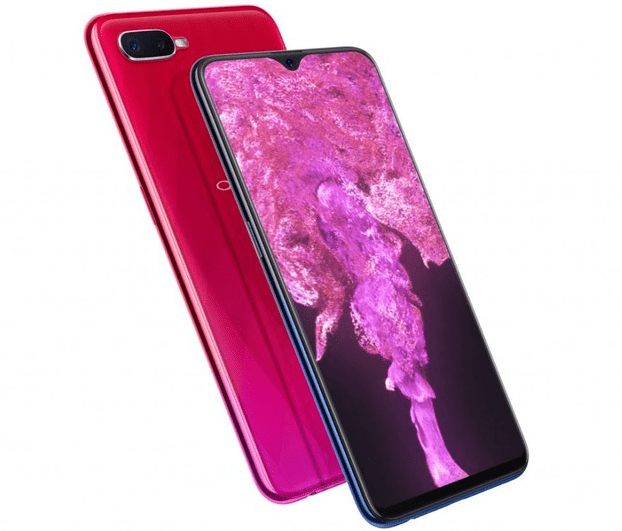 Oppo F9 Pro alongside its younger brother “Oppo F9” has been landed in India several days back after teasing the handsets for numerous days on the social media platforms.

Earlier, F9 Pro was only available on Flipkart for pre-orders and later landed on shelves and there are some dazzling and attracting offers to get the maximum benefit out of the early purchase.

The launch offers in India include up to 3.2TB 4GB data from reliance JIO and a 5% cash-back on buying of F9 Pro using SBI debit or credit card.

The availability of Oppo F9 Pro in Australia has also been confirmed and audience across Australia can get their hands on one with immediate effects. The Australian and Indian audience is aside for a short second, Oppo has announced its much-anticipated flagship smartphone Oppo F9 Pro in Europe, UK and US as well.

At this price point, Oppo F9 takes the place of Oppo F7. It’s a handset which boasts of an attractive and impressive design but it also arrives with an impressive battery that is made even better with VOOC flash charge support.

The Oppo F9 Po sounds similar to Oppo’s most recent flagship smartphone named Oppo Find X. The device has a commendable screen-to-body ratio of 90.8% and has a waterdrop-like notch. The rear of the smartphone is more mesmerizing as compared to the front. A well-shimmering blue-black diamond design is indeed lovely to look at.

The rear dual camera is positioned horizontally at the top-left side with a LED-flash. The fingerprint scanner blends in with the gradient colour and would have been blurry from the rear if it weren’t for those physical grooves.

Taking a look at the bottom, we see a standard 3.5mm headphone jack along with a micro-USB 2.0 port. The volume buttons are mounted on the left side and on the right side is the power button. Both the left and right sides have blue and black colour gradients.

You are recommended not to use a cover as it’s almost a criminal waste to hide such a stunning and glorious gradient and pattern, isn’t it? However, if you’ve butterfingers, how about using a transparent protective case?

We’ve seen several Android smartphones with notches resembling the notch on Apple’s iPhone X. But Oppo decided to work on a unique display which it calls a waterdrop screen as it’s quite a small and shaped like a water droplet. It seems the best kind of notch out there right now – aside from Vivo V11 Pro which also arrives with a similar notch.

The phone has tall 6.3-inches with an FHD+ 1080 x 2340 pixels resolution and a 19.5:9 aspect ratio. With a narrow chin on the bottom and a tiny notch on top, F9 Pro offers a 90.8% screen-to-body ratio (as mentioned above). The display is bright, sharp and marvellous all around. Moreover, the colours are deep and punchy and the white balance is excellent. Making a long story short, the display is bright with good viewing angles than Vivo V11 Pro.

A great smartphone should be backed by a right camera, right? Before talking about the camera performance of Oppo F9 Pro, let’s get the specifications out to the way. The rear of F9 Pro is covered by a dual camera configuration – consisting of a primary 16MP sensor and a 2 MP secondary sensor and both are well-assisted by an LED Flash. And for capturing gorgeous selfies and making video calls, you will get a high-res 25MP sensor. The phone lacks an LED flash on the front but you’ll still get a screen flash feature for detailed images in a low-light.

The camera manages to capture some really impressive images with detail and good dynamic range – given that it’s provided with apt lighting conditions. Unfortunately, captured images in a low-light aren’t inspiring as there is some noise in the images. However, in most other conditions, F9 Pro ended up capturing some brilliant images.

You do get an AI-assisted beauty mode in F9 Pro which houses levels from 1 to 6. Other important modes like Super Vivid and HDR are also available directly in a camera viewfinder. A bunch of filters is also there to choose from. And in a video mode, you can shoot the lips in up to 1080p resolution.

The Oppo F9 Pro is backed by a MediaTek Helio P60 Chipset, partnered with a whopping 6GB of RAM and 64GB of onboard memory which can also be expanded further up to 256GB with a help of microSD card. To give users a better perspective, a phone from Oppo’s subsidiary brand “Realme” named Realme 1 houses the same processor. Be in mind that, Oppo F9 Pro could have been loaded with a more powerful processor. Well, you won’t face any major issues in terms of performance offered by the smartphone. You will manage it to play PUBG at medium graphics settings without getting any sign of lag. On high graphics setting, F9 Pro presents some stutter issues but the game still remains playable.

The device runs on Android 8.1 Oreo-based ColorOS v5.2 out of the box. You will see toggles for Google Assistant, Calculator and more other utility tools in the notification shade.

Moving on its power department, Oppo F9 Pro bears a sizeable 3500mAh battery which has almost become a standard size for the devices with 6-inches or larger screens. Performance-wise, it manages to last a day of normal usage – thanks to the background app management offered by F9 Pro.

Based on many tests held by analysts, the smartphone managed to last around 16 hours in their HD video loop test which is a pretty awesome feat by all means. Hence, if you love travelling a lot and watch movies on road, Oppo F9 Pro can serve to be a great companion.

7.4The Oppo F9 Pro, without a doubt, is gorgeous. When you wipe it out in a public, it’s the phone which will get you those “oohs” and aaahs”. The overall performance isn’t smooth and neither has it had the best camera. However, if with a regular usage, it’s quite enough. And you cannot argue against that awesome display. If you want smooth and silky experience, more bright and crisp display and stunning camera, it’s absolutely worth shelling out a couple of hundreds more for the Nokia 7 Plus which looks gorgeous as well.

Is Australia obsessed with Cell Phone Monitoring Apps Like the Rest of the World?