A well-known Chinese smartphone brand “Oppo” is ready to blow the smartphone market with its greatest and latest flagship named Oppo F9 Pro in Australia alongside its younger brother Oppo F9. Based on a report in Dealntech, Oppo F9 and F9 Pro have passed Bluetooth certification (version 4.2) on July 18 in China. There’re 3 model numbers listed which are CPH 1823, CPH 1825 and CPH 1881 – CPH 1823 is speculated to be Oppo F9 and Oppo F9 Pro. 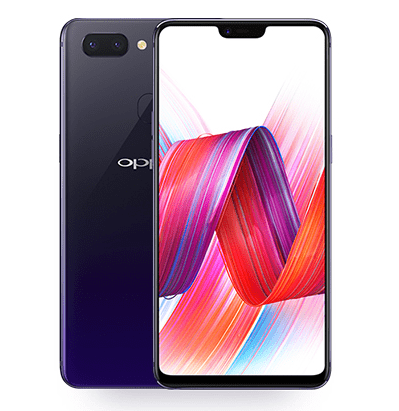 According to the report, Oppo F9 Pro will be holding a dual-lens camera on the back in a horizontal position along with an LED flash. This camera seems a little different from the single camera we’ve already seen in Oppo F7. Together with rumours and leaks, we have assembled a lot more to tell you in our Oppo F9 Pro review. Here’s a round-up of all we know so far.

Pricing details are also undecided for both Oppo F9 and Oppo F9 Pro. Some online sources are indicating Oppo F9 Pro Price in Australia around AU$588 and AU$490 for its younger brother Oppo F9. This is just an educated guess but as soon as we hear more, we’ll update this story. So, check back soon.

A gorgeous 6.28-inch Super AMOLED display is entirely dazzling and boards a sign of a good-looking of new Oppo F9 Pro. Chances are F9 Pro will be loaded with a conventional 19:9 display dimensions which will be supported by the worthy screen resolution – 1080 x 2280 pixels. As we’re relying on rumours, it has also been said that the display is going to boast a powerful resolution in order to give users an exquisite visual experience.

Talking about its camera, Oppo F9 Pro is expected to consist dual 16MP + 20MP rear sensors which are positioned horizontally and sporting features i.e. Geo-tagging, Touch Focus, Face/Smile Detection, Panorama, and HDR. The selfie lovers will get a 25MP sensor, though. The camera will enable users to have an insight into the most advanced camera configuration which would definitely give a quality-oriented image with maximum image sharpness to its users.

You can be pretty sure about Oppo smartphones especially when it comes to performance. The Oppo F9 Pro is powered by Qualcomm’s Snapdragon 660 which is coupled with a whopping 8GB of RAM. It’s an insane amount of RAM which is already on par with numerous desktops and laptops nowadays. The overall performance will definitely be butter smooth and users will get a lag-free experience whether they work on multiple apps at once or play graphics enriched games.

Oppo F9 Pro won’t disappoint users in terms of onboard space. A user will be able to install loads and loads of data without getting worried about space as Oppo F9 Pro brings a massive 128GB of onboard memory that can also be expanded further up to 256GB via microSD card (Hooray!).

As far as its software factor is concerned, Oppo F9 Pro will run on Android 8.1 Oreo operating system with no defined timeline of an upgrade.

The battery inside Oppo F9 Pro is expected 3400mAh which seems fine for light users. However, it won’t deliver more than that with a heavy usage. The heavy users will have to reach to the charger before going to bed. Either Oppo includes a fast charging feature in F9 Pro or not, it’s something to be announced.

Here is a quick rundown of updated Oppo F9 Pro Specifications and Oppo F9 Pro Features. So, let’s have a look.