A Chinese smartphone brand “Oppo” has just revealed its Oppo R17 in China which is backed by Corning’s Gorilla Glass 6 and comprises a “Water-drop” Notch. Now Oppo seems to be gearing up rapidly for the launch of latest smartphone named Oppo AX5 in Australia. The handset not so long back cleared Taiwan’s NCC and Indonesia’s Infocom Media Development Authority.

This AX5 has already been spotted with the model number CPH1851 which is obviously different from the model numbers PBAT00 and PBAM00 listed on Chinese social website TENNA previously. However, CPH1851 is being suggested as Oppo AX5. Based on images spotted on NCC, Oppo AX5 will flaunt a dual-camera module at its rear as well as a Notch display which sounds similar to Oppo Realme 2. 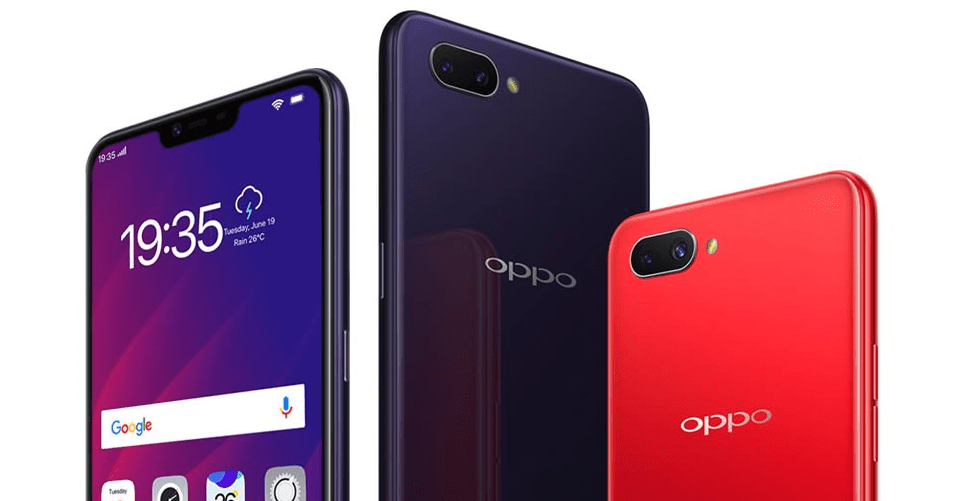 The smartphone apparently comprises a Glass Body and misses out on a fingerprint sensor. A standard 3.5mm headphone jack can be seen at the bottom alongside loudspeaker grille and USB Type-C port, whereas the left edge of the handset is being covered by volume buttons. The power button sits on the right, though.  Well, Indonesian listing didn’t unveil anything Oppo AX5 but it supports for LTE, Wi-Fi, Bluetooth, and GPS.

According to the rumours circulating around suggesting Oppo AX5 will sport a gorgeous 6.2-inches HD+ display with Notch. Digging down inside the beast, it’ll be powered by Qualcomm Snapdragon 450 Chipset. Chances are it’ll arrive in 2 different storage and RAM tiers – 3GB with 64GB and 4GB with 64GB. As far as Oppo AX5 camera is concerned, it’s expected to land with 13MP + 2MP camera configuration with f/2.2 and f/2.4 aperture respectively and an 8MP sensor will cover its front. It will run on Android 8.1 Oreo which is based on Oppo’s own ColorOS 5.1 and draw power from a massive and impressive 4230mAh non-removable battery.

For now, its availability and pricing information isn’t known but numerous listings suggest that Oppo AX5’s launch might be rather forthcoming.

Since Oppo AX5 is to be a budget-friendly smartphone, so it’s safe to expect Oppo AX5 Price in Australia below the AU$300. Be noted, the official price may differ. Let’s wait for a while.