After launching a killer flagship “Oppo Find X”, Oppo is now pumping mid-range smartphones one after another. And the next smartphone is most likely to be called Oppo A7 which has already appeared on Chinese platform “TENNA” reminding us Oppo F9 and Oppo A7X in terms of screen. 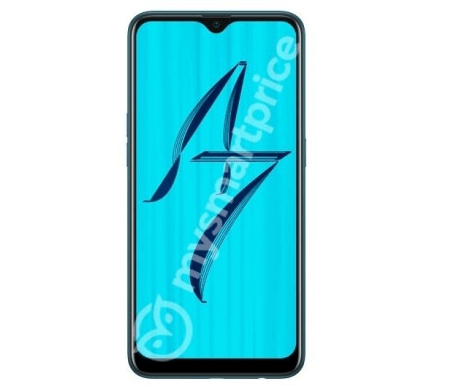 The Oppo A7’s first official render has popped up indicating how A7 looks like from the front. TENNA has shared quite a few Oppo A7 specification which undoubtedly matches the ones TENNA listed – 6.2-inches Full HD screen based on IPS Technology and Qualcomm’s Snapdragon 450 Chipset.

Rest of the things are still under covers but it’s safe to expect that it will arrive in 2 different variants – 3GB with 32GB and 4GB with 32GB alongside a microSD slot for up to 256GB more space.

In terms of optics, Oppo A7 is backed by 13MP f/2.2 main snapper and a secondary 2MP depth sensor with an aperture of f/2.4. However, a 16MP sensor is holding its position out front for selfies and making video calls.

The battery capacity is 4100mah but the official availability of Oppo A7 is something we’re waiting for. But chances are Oppo will choose a quieter way to go about it like it did on the day before yesterday – on Monday with Oppo R15X.