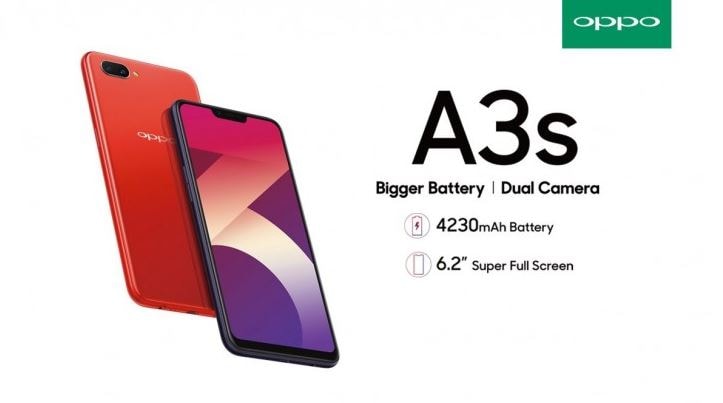 A Chinese smartphone brand Oppo has just released its latest but pocket-friendly flagship smartphone called Oppo A3s in Australia. The device and all of its promotional material were leaked earlier this week, but now it’s officially out. The Oppo A3s boasts dazzling 6.2-inches IPS LCD Display with 720 x 1520 pixels resolution and a notch at the top which houses the front camera. The brain behind Oppo A3s is Qualcomm Snapdragon 450 Octa-core paired with an average 2GB of RAM and 16GB of onboard which is expandable further up to 256GB via microSD card, allows you to save an ample of data with ease. 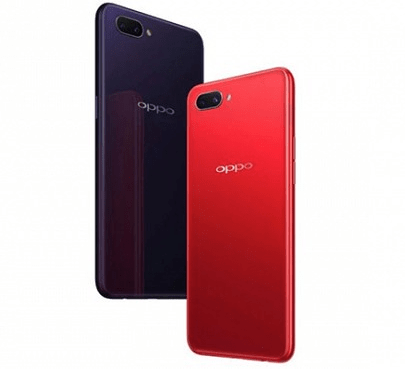 Talking about its camera department, Oppo A3s lands with a dual-rear camera setup combination of a 13MP primary and a 2MP secondary sensor. An 8MP sensor is sitting on its front with AI Beauty Technology 2.0. The device runs on Android 8.1 Oreo OS and fuelled by a hefty 4230mAh battery (similar battery capacity of Oppo A5).

The phone also sports a bunch of connectivity options i.e. dual-SIM, 4G VoLTE, Wi-Fi, and Bluetooth. Additionally, Oppo A3s supports a “Music Party” function which enables users to connect several devices with versions of Oppo’s own Android-based ColorOS 5.1 or above to play the same track with no need of speakers.

In order to see what else it dishes out for its audience, we’ve gathered every major specification and other factors in our quick Oppo A3s review. So, let’s get it on.

The Oppo A3s is now official in India and Oppo Mobile India says on its Twitter account,

“We all want a phone which is not just value for money but has features to opt it out for. Oppo A3s will be here to provide you just that. Unleash the power of Bigger Battery, Dual Camera of Oppo A3s and get the world”. The Oppo A3s release date in Australia is also July 15, 2018, and it will start landing shores across Australia from today.

The Oppo A3s price in India has been set at INR 10,990 and it’s now available via Flipkart, Amazon and Paytm along with the offline stores. The Oppo A3s Price in Australia starts from AU$225 to AU$295. The smartphone will go on sale from July 15, 2018, and will be available in 2 sensational colours – Red and Dark Purple.

Here is a quick rundown of all Oppo A3s specifications you should take a look at.

What do you think about Oppo A3s? Would you get your hands on one with immediate effects or will wait for something more exciting? Though we’re running short on words in terms of its camera, display, and overall performance, but we bet it’s one of the best smartphones around. What are your thoughts? Drop us a comment below.