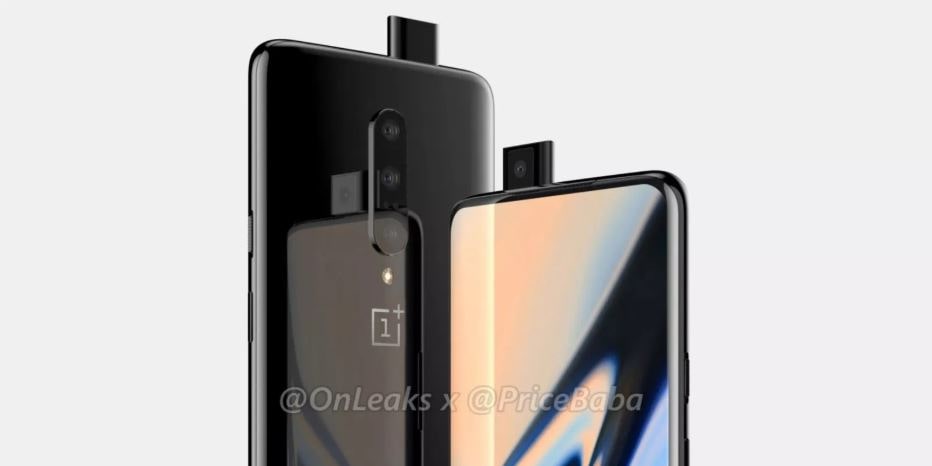 The most reliable and trustworthy leaker named @OnLeaks has shared quite a few official-looking renders indicating an overall look of OnePlus 7 as well as a 360-degree video showing it off in all its beauty.

As in our previous news, we have predicted that it’ll be a smartphone with no bezels and will not have any kind of notch – instead of transferring a selfie camera to a small pop-up tab.

On the back on the handset, there are three camera sensors alongside a flash – likely in order to manage depth-of-field and wide-angle effects.

Most of the features (physical) remain the same from its predecessor “OnePlus 6T” which comes with a single down-firing speaker, power button, volume rocker, alert slider, and a USB-C Port.

We have also discussed that OnePlus 7 will be equipped with 5G capability thanks to its Qualcomm Snapdragon 855 Chipset – however, it won’t sport a wireless charging feature, alas.

So far, there is nothing much known about OnePlus 7 – but based on rumors, it’s expected to come with a 6.5-inches screen with an aspect ratio of 21:9 and a resolution which moves up from OnePlus’ love of Full HD (most probably QHD or higher).

The handset expected to house a whopping 8GB of RAM which is already on par with its predecessor and a battery is most likely to be increased to manage with the latest processing and display demands.