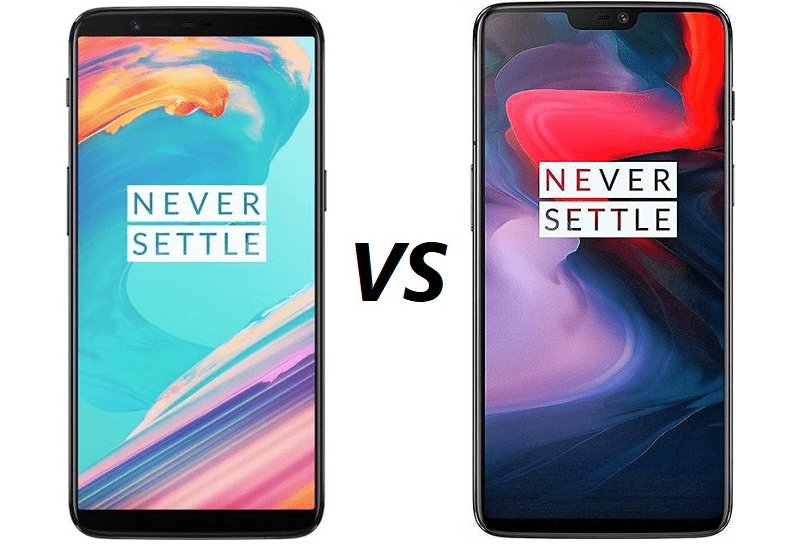 OnePlus 6 vs. OnePlus 5T: Which One You Should Get Your Hands On?

A Deep Comparison Between OnePlus 6 and OnePlus 5T

The OnePlus just announced its latest flagship named as OnePlus 6 in Australia which is, of course, the best-looking smartphone to date, but is it a worthy upgrade over OnePlus 5T? Perhaps a rear camera is the most interesting part with a progressive upgrade, whereas the front camera has remained changed.

Is OnePlus 6 really a good flagship as compared to its predecessor? We have put that one against OnePlus 5T to see the improvements and differences you can expect. 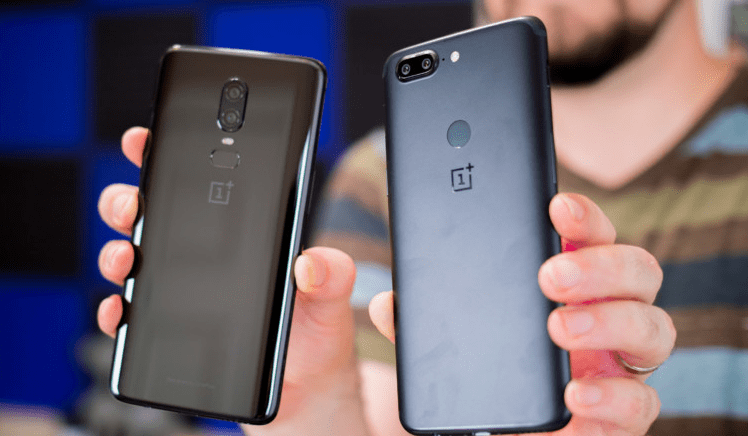 The OnePlus 6 and OnePlus 5T Design have many similarities. Both devices offering aluminum builds. Instead of a metal body of previous, significantly OnePlus 6 is now glass. The OnePlus 6 boasts a handy alert-slider and – unlike numerous smartphones nowadays – a headphone jack so that you won’t be restricted to Bluetooth audio, amazing? You will see a USB-C port on the bottom too.

The OnePlus 5T has trimmed bezels giving it a great-looking even as compared to newly launched OnePlus 6. The OnePlus 6 also comes with slimmer bezels and a top-notch on the top of the display.

Long story short, OnePlus 6 is bigger in size and – yes – it does have a notch (Yahoo!).

The OnePlus 6 houses a bit larger 6.28-inches Optics AMOLED display featuring a small notch which shows the status bar is pushed out of the main display are turned in ratio to 19:9.

Both displays are quite sharp with good colour reproduction, brightness, and sunlight accuracy. Moreover, viewing angles are pretty awesome and the contrast ratio is also really good.

Most interestingly, both flagships comprise a dual rear camera, but their configurations are slightly different. Talking about deeply, OnePlus 5T sports a 16MP (f/1.7) + 20MP (f/1.7) sensor, ditching the telephoto.

The OnePlus 6 follows in the path of the OnePlus 5T and offers a dual 16MP (f/1.7) + 20MP (f/1.7) rear sensor. The main sensor looks almost a 19% larger sensor and image stabilisation has introduced for perfect performance in low-lit conditions.

Both devices are loaded with 16MP (f2.0) sensor on their front and have a feature called Face Unlock onboard.

The OnePlus 5T is powered by a Qualcomm Snapdragon 835 chipset paired with 6GB or 8GB of RAM and 64GB or 128GB of onboard memory.

The OnePlus 6 runs a Qualcomm Snapdragon 845 chipset coupled with either 6GB or 8GB of RAM and 64GB, 128GB or 128GB of onboard memory. OnePlus doesn’t offer microSD card support which means you can expand its memory no further.

As far as their performance is concerned, both devices run smoothly without showing a sign of lag even you can work on multiple tasks and play graphics enriched games.

The OnePlus 6 comes with a 3300mAh non-removable battery that keeps you online all day long under both casual and heavy usage. The OnePlus 6 also works with Dash Charge giving you what OnePlus claims is a day of power with a 30-minute charge.

On the contrary, OnePlus 5T houses a 3300mAh built-in battery which is also considered more than enough whether you are a heavy user or a moderate user. Just like OnePlus 6, it also works with Dash Charge just to give you a day of power with a 30-minute of charge.

A comparison between OnePlus 6 and OnePlus 5T in terms of price shows that flagship killer “OnePlus 6” is slightly higher than OnePlus 5T.

The OnePlus 6 Price in Australia starts from AU$970 for its biggest 256GB variant, while 64GB variant costs around AU$960.

On the other hand, a year’s old OnePlus 5T Price in Australia is AU$815 for its 64GB variant making it a bit cheaper as compared to the freshly announced OnePlus 6.

Without a doubt, OnePlus 6 offers lots of improvements over OnePlus 5T though. The phone sports an all-glass body for that extra money as well as water resistance, impressive camera, bigger display and absolutely advanced processor.