Just a month back, we started hearing rumors that Samsung is working on a smartphone in which it’s going to place a FaceTime sensor underneath the display. Not only this, a couple of days back, Huawei teased its own smartphone with an Infinity-O screen too – tucked into a cutout of the screen.

Today, we just got an image of a handset with an infinity-O screen in a hand of a person who is travelling in a subway China. 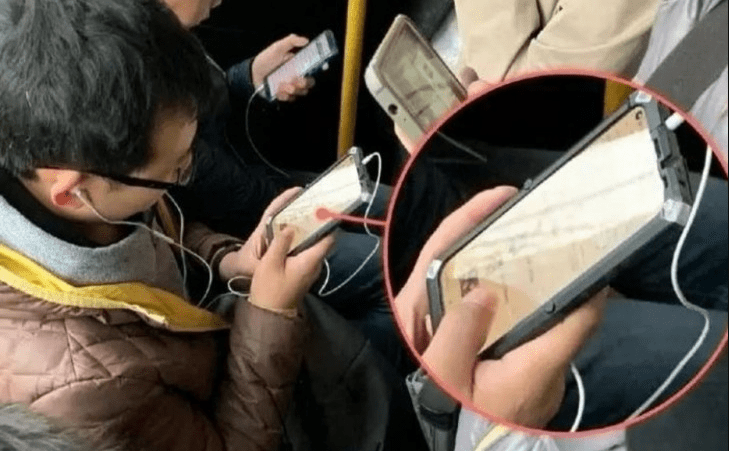 Taking a closer look to an image, we can easily see that a FaceTime sensor is holding its position on the top left corner of the smartphone where notifications are appearing. The handset doesn’t house any kind of notch, but a pre-production body – planned by Samsung or Huawei to launch already. The front-facing camera is an eyesore, though.

Well, the handset in an image is in a bulky and thick case and that’s because we can only see a hole in a display – no other characteristics of a smartphone can be discerned. Everything aside for a short while, a person is listening to music via a pair of wired earphones which is the handset is having a standard 3.5mm audio port. And that’s all we know so far.

0 0 votes
Article Rating
Via:Via
Share on FacebookShare on Twitter
the authorStaphanie Kyle
Staphanie Kyle is one of the youngest members managing gadget reviews and other high priority news and stories for TechenGuru. When she isn’t working, you can find her listening songs and watching documentaries and sports.
All posts byStaphanie Kyle
Subscribe
0 Comments
Inline Feedbacks
View all comments