There is a rumour that HMC is preparing to launch another flagship Nokia 9 which is expected to be lunch on August, 18 with premium specifications. Nokia power users have reported that it will come with design and breakthrough innovative specs. Its camera may be even more powerful than Nokia 8 pro, featuring a little larger display. 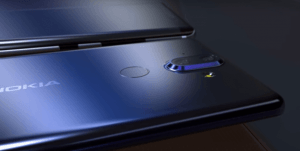 The device will feature a 5.7-inch display under screen fingerprint technology. It is expected to be released in Dec 2017 but didn’t happen. But some sources reported that in January 2018, HMD Global would be holding a product launch and the Nokia N9 would be unveiled at this event along with next gen-Nokia 8.

HMD was founded in 2016 and it has sold 13.5 million features phone and 2.8 million smartphones during Q3,2017. It is very impressive. HMD had a successful year with Nokia and played the vital role to boost business.They declared it will take them 10 years to catch up with apple.