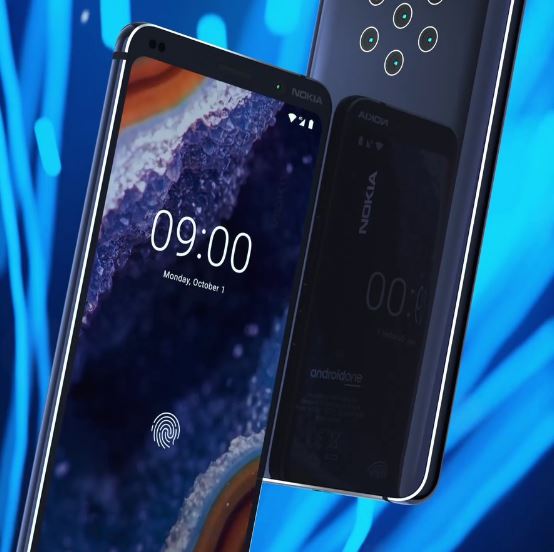 It’s been a couple of weeks since we have been hearing that HMD is working on a Nokia-branded smartphone alongside 5 rear cameras. Now, things are getting cleared more and more about Nokia 9 PureView – thanks to a series of leaks.

The most trusted “Evan Blass” posted an image indicating a rear and front of Nokia 9 and the folks by other authentic sources followed up with a leaked promotional video which spills the beans on so many of specifications.

Things are quite clear but not really as we don’t have any idea about its official release date and price. But, Nokia 9 PureView indeed looks like a fascinating new entry into a smartphone space.

The Nokia 9 specifications in Australia include a gorgeous 5.99-inches Quad HD display with support for HDR10 and an on-screen fingerprint scanner.

Digging down inside, it’s loaded with Qualcomm Snapdragon 845 Chipset – partnered with a whopping 6GB of RAM and 128GB of onboard memory. Interestingly, it’s being supported by wireless charging.

Very much like other Nokia handsets, Nokia 9 PureView comprises Android One software. It obviously means it’ll receive feature and security updates for at least 2 years.

The strangest thing about Nokia 9 PureView is indeed its 5 rear cameras. The rear cameras with ZEISS optics enable for things such as detailed and colorful low-light photography and an ability to adjust depth-of-field after you have snapped an image.

If everything goes according to plan, HMD is most likely to unveil officially Nokia 9 PureView smartphone somewhere in January or February.