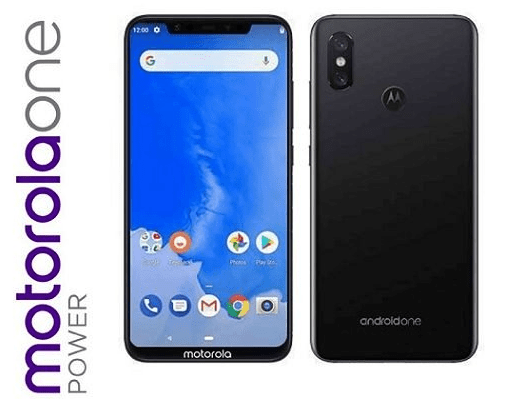 Motorola Power One in India will go on Sale from October 5, 2018

A wide list of Motorola One Power specifications has also been revealed. The specifications include a gorgeous and bright 6.2-inches screen with a maximum resolution of 2246 x 1080 pixels. The handset houses a wide Notch and a rather big one at that. The Power-One also has a water-repellent Nano coating.

Digging down inside, Motorola Power One houses powerful Qualcomm Snapdragon 636 Chipset and 4GB of RAM. The onboard memory, however, is 64GB and we don’t know if it’s expandable further or not. Outback, you’ll see a primary 16MP rear camera with an aperture of f/1.8 and a 5MP secondary camera.

To assist video calls and selfies with your loved ones, Motorola Power-One offers 16MP FaceTime sensor with an aperture of f/1.8.

Battery-wise, Motorola Power One really shines as it’s offering a massive and impressive amount of battery – 5000mAh. And most important of all, Motorola Power-One does come with Fast Charging support. Hence you no longer need to wait all week to charge it.

Price-wise, Motorola Power One won’t let users pay more than INR RS 15,999. And will start landing exclusively on Flipkart starting October 5. In which colour Motorola Power-One will land, we’re short on words on, for now.