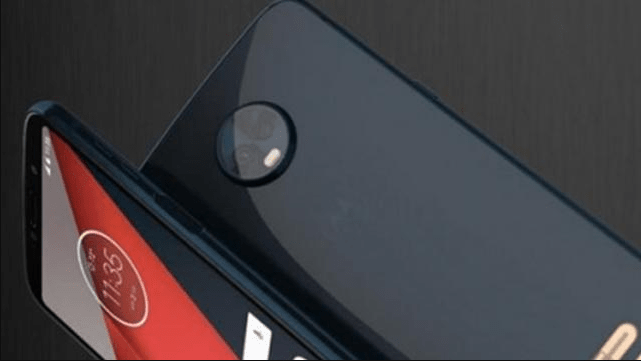 The Motorola Moto Z3 is an upcoming flagship device from Lenovo. We have already seen Motorola Moto G6 Play and Moto E5, and we are excited and waiting for the Moto Z3 – a biggest flagship Moto device. A year-old Moto Z has done quite well, not only offered flagship hardware, but also a new ecosystem of modular add-ons to enable your smartphone to work more functionally and perfectly. 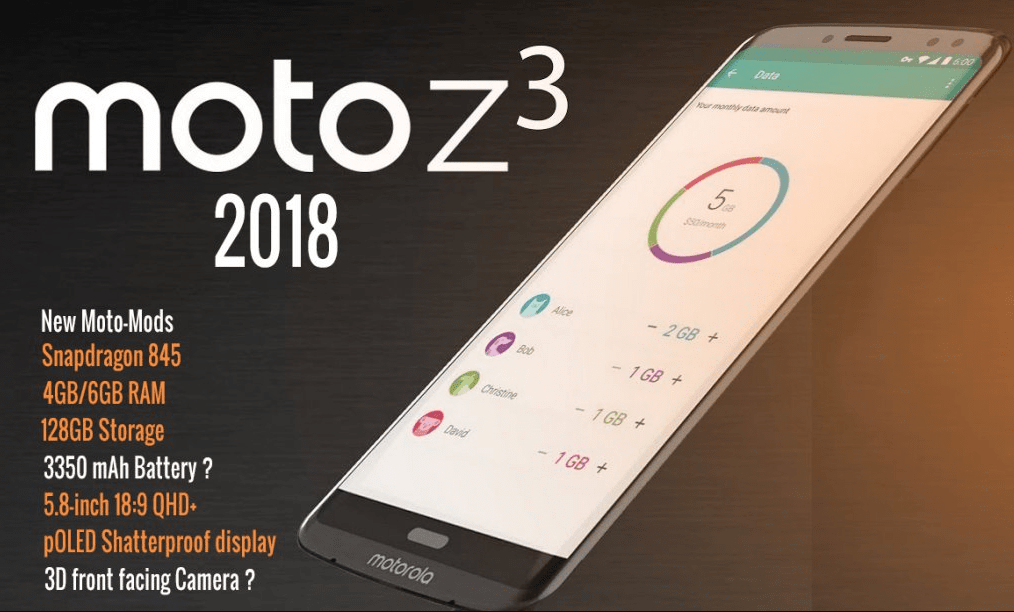 However, Motorola Moto Z3 release date in Australia is yet to be confirmed, but we can assume it to be released in July 2018.

Moving towards its price segment, it is sure to be expensive whenever it lands. Motorola Moto Z3 price in Australia is unknown, but we are expecting it to be around AU$700 for 4GB variant, whereas AU$800 for 6GB variant.

As soon as it goes on sale, we will update this story.

Just like its release date and prices, Motorola Moto Z3 specifications are also unknown. We have done our best and here is a quick overview of its specs and features.

It is an exquisite flagship rumored to presents a 6.0-inches gorgeous Super AMOLED display with a resolution of 1080 x 2160 pixels at a density of 402 PPI. In order to protect its display from scratches and smashes, there is a Corning Gorilla Glass seated upon it.

The phone packs a full view display and boasts an 18:9 aspect ratio as well as a fingerprint scanner just for the comfort of unlocking the handset. The phone has a bunch of connectivity options too including Mobile Hotspot, 4G with VoLTE support, GPS, Wi-Fi, Bluetooth and USB Type-C.

As we already know that Moto Z’s devices usually don’t provide at its best in terms of camera. But a recent revolution in camera technology, it is safe to assume that the Moto Z3 device will be loaded with 16MP + 8MP dual rear lenses that can snap HD (high-resolution) images of 4920 x 3264 pixels. Further down the line, a 13MP front-facing selfie shooter with an LED flash snaps high-quality portraits, even in low light areas as well.

The camera is backed by a plenty of options such as Continuous shooting, High Dynamic Range Mode (HDR), Face Detection, Auto Flash, and Digital Zoom. Most interestingly, you can do video telephony to keep in touch with your dear and near.

It has been rumored that the overall performance of Moto Z3 is taken care by a Cortex A53 Octa-core processor that clocks at 2.2GHz and comes with a 4/6GB of RAM. There is an Adreno 508 GPU outputs deliver pretty awesome graphical results, while a Qualcomm Snapdragon 630 chipset ensures phone runs smoothly without showing any sign of lag when playing games or working on multitasks.

The phone sails on the Android 8.0 Oreo in terms of software. The 4/6GB of RAM creates a seamless handset experience for users. Thus, you won’t face any problem when multitasking (as mentioned above).  The Octa-core processor accomplishes heavy usage of the phone with ease.

Let’s have a look at its storage. The phone hosts 32/64GB of onboard storage. And as you expect, onboard storage is expandable up to 2TB via a microSD card. Up to 2TB? Yes! You read accurately.

Without a doubt, Motorola Moto Z3 is an excellent smartphone boasts a wide range of quality functionalities. The display offers fantastic viewing angles and the vigorous configuration make sure lag-free multitasking activities. Apart from the storage space, the shooters are commendable and fast-charging feature enhances the battery life to some extent. Altogether, if you are hunting for a powerful Android smartphone, Motorola Moto Z3 is an absolute choice.

Oppo A73 Review – Everything You Should Know About