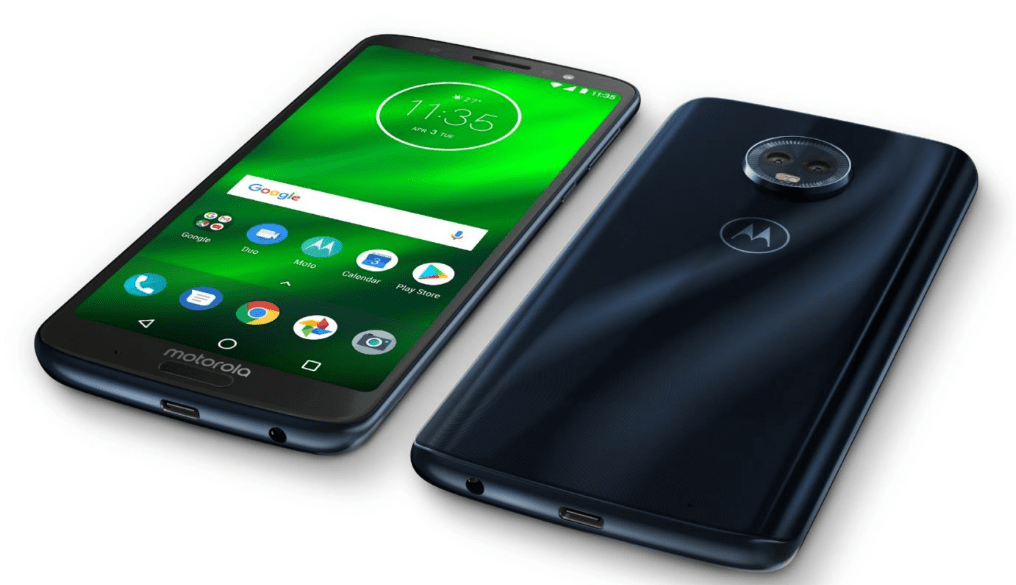 Now, you can buy Moto G6 in Brazil as it’s on sale after releasing on April 19. The phone has also been launched in US and UK on early May and hitting shelves.

Motorola has also promised to release its G6 range in Australia as well but without a precise time frame. However, Motorola Moto G6 release date in Australia is expected sometime in May-June 2018.

Without a doubt, Motorola sets its own price, and with no announced time frame there’s also no pricing to work from either. It’s our educated guess that Motorola Moto G6 Price in Australia will be AU$380 for 32GB/3GB variant, whereas 64GB/4GB variant is expected to cost around AU$420.

Here is a quick rundown of Motorola Moto G6 Specifications and features.

The Motorola Moto G6 Design has been dramatically improved over Motorola Moto G5S from 2017. The rear edges of Moto G6 are curved and allowing it to sit much more comfortably in the palm of your hand as compared to its previous models. Did you see Samsung Galaxy S7? It’s a similar curvature on the back.

There is an aluminium frame around these edges making a cheapest-feeling element of the phone. The Moto G6 is available in 4 sensational colours – Deep Indigo, Silver, Blush and Black.

Just like its design, Motorola Moto G6 display has also been improved and it comes with an 18:9 aspect ratio display and that’s an IPS LCD at 5.7-inches – Motorola Moto 1S and Huawei Honor 7A both boast the same display size. Interestingly, it’s slightly higher thanks to its Full HD+ resolution. The display is well-supported by 1080 x 2160 pixels resolution (424 PPI). The viewing angles are great and the contrast ratio is also very good.

Talking about its camera, Motorola Moto G6 comes with a dual 12MP + 5MP rear sensor supported by several features such as Phase Detection Autofocus, Dual-LED Dual-Tone Flash, Panorama and HDR. There is an 8MP sensor sitting on its front for capturing gorgeous moments with your near and dear.

The final results are amazing, captured images are bright with lots of detail and the focus is pretty well too.

The phone is powered by Qualcomm SDM450 Snapdragon 450 Chipset coupled with either 3GB or 4GB of RAM. The overall performance is butter smooth and doesn’t show a sign of lag whether you work on multiple tasks or play graphics enriched games.

The Moto G6 lands with two onboard storage tiers – 32GB and 64GB. The onboard storage is considered to be enough for saving all of your stuff such as files, documents, images, videos and movies. But wait! Are you looking for more storage? You are in luck. The onboard memory is expandable further up to 256GB via microSD card.

As far as its battery is concerned, Motorola Moto G6 is backed by a 3000mAh non-removable battery which keeps you online all day long under both casual and heavy usage. Most importantly, Motorola Moto G6 sports a fast battery charging 15W which juices up the phone from 0% to 50% just in a couple of minutes.