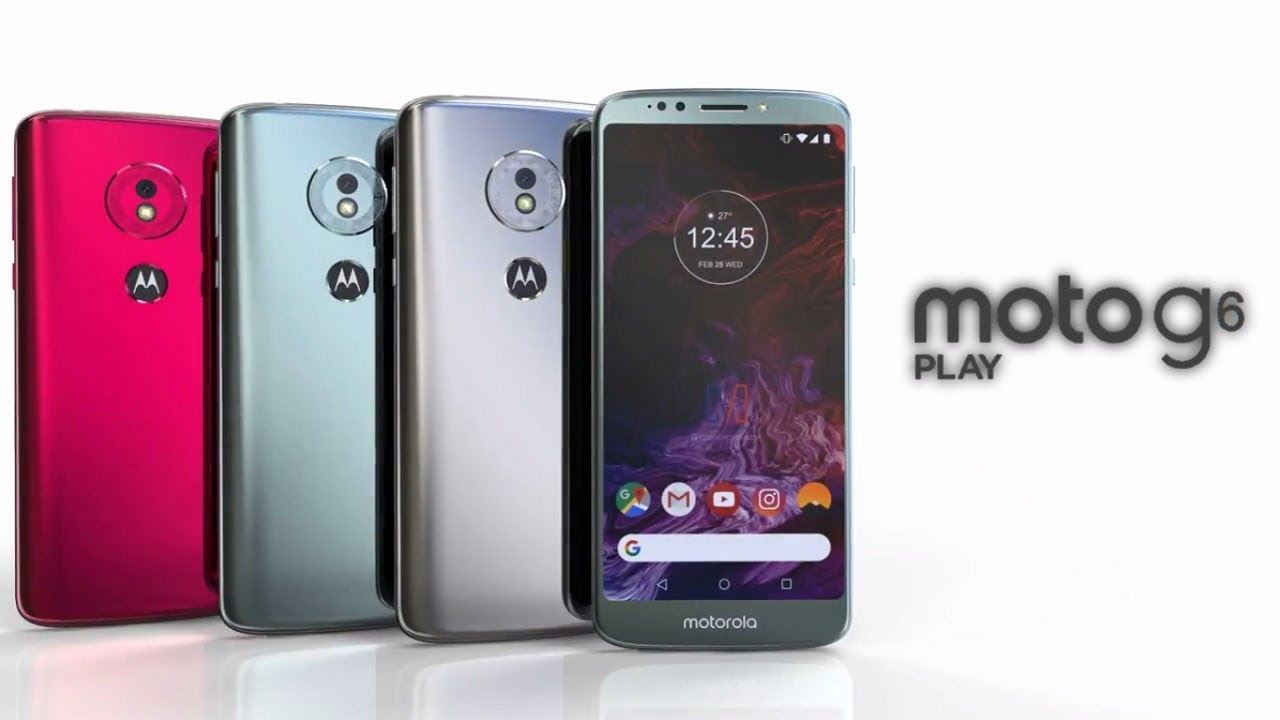 Motorola is now ready to launch it’s another upcoming best-budget smartphone device. We’re expecting a 5.7-inches FHD display with 720 x 1440 Pixels resolution. It will also include 1.4GHz Octa-core Snapdragon 430 processor, 16GB/32GB of storage and 3GB of RAM thanks to Motorola Moto G6 Play rumours. Moreover, a camera won’t let you down as Moto G6 Play will be having a 12MP rear camera whereas a 5MP camera for selfies and video calling. With 4000mAh battery and latest Android 8.0 Oreo, you’ll feel an updated smartphone in your hand.

Let’s have a quick overview of Moto G6 Play specifications and features.

Motorola Moto G6 Play release date in Australia is not disclosed yet, but chances are higher to see that device in the mid of May 2018. Certainly, the Moto G6 Play is an attractively build and gorgeously designed smartphone. Therefore, we are expecting its release and availability in the Australian markets soon.

Other than Australia, Motorola Moto G6 Play has already been launched in Brazil and many other regions on 19th of April 2018 and hitting shores.

Are you scouting for updated news in terms of Moto G6 Play release date? We will let you know as soon as we hear more.

We are short on information that how much will it actually cost. According to the most recent rumours, Motorola Moto G6 Play price in Australia will be around AU$200 for 3GB/32GB variant, whereas 16GB variant’s price is still up in the air.

The Motorola Moto G6 Play Price in the UK will be £140 (converted). We would highly recommend you to go to your local reputed retailer and carrier and make your buying as cheapest and possible once it becomes available.

Interestingly, every variant of Moto G6 will ship in a range of exciting colors. Specifically, the Moto G6 Play will come with Dark Charcoal, Gold and Deep Blue coloring options making your choice even more entertaining and convenient.

When it comes to the performance, the Moto G6 Play is expected to be powered by Qualcomm MSM8937 Snapdragon 430 based Octa-core processor. There will be a 3GB of RAM inside the phone ensures that the device will run smoothly even when playing graphics enriched games without showing a sign of lag.

The Motorola Moto G6 Play will boast either 16GB or 32GB of onboard memory, which is also expected to be expanded up to 256GB via microSD card.

A battery is an area where this device represents a major step forward from its predecessor. It comes with a powerful and extended 4000mAh battery which provides you enough juice for long-run gaming and video watching, through a single charge. Also, it’s good for outdoor where you always demand a long-life capacity battery.

Cameras are absolutely one of the major concerns inside any smartphone. The Moto G6 Play comes with 16MP high-end camera but doesn’t include a dual rear camera configuration just like Moto G6. Rather, due to the software tweaks and up-gradation, Motorola is positioning the Moto G6 Play as a camera-focused mobile device.

Other camera features included, LED Flash, Exposure Compensation, ISO, Shutter Speed, Focus Control, HDR and White Balance. On the other hand, the FaceTime is now confirmed as a 5MP lens for capturing the quality of selfies and video calls.

Motorola Moto G6 Play is an exquisite and affordable flagship device which is loaded with amazing specs. The performance is up to the mark and design & display both are good enough. If you’re photographer and videographer, you won’t be disappointed as there’s a high-quality camera not only in the back but also in front. A largest built-in storage and a huge battery backup of this device making it a perfect buy at this price.