Upcoming flagship smartphone from LG is V40 ThinQ which is ready to land sometime around November. We have already seen the first press renders – indicating that triple camera – positioned vertically – similar to Huawei P20 Pro, but no measurements of any kind.

Thanks to the latest CAD-based renders – we’ve come to know the screen diagonal and its overall size. The CAD-bases renders have also suggested V40 ThinQ with the infamous Notch, unfairly hidden in the press renders from last week. 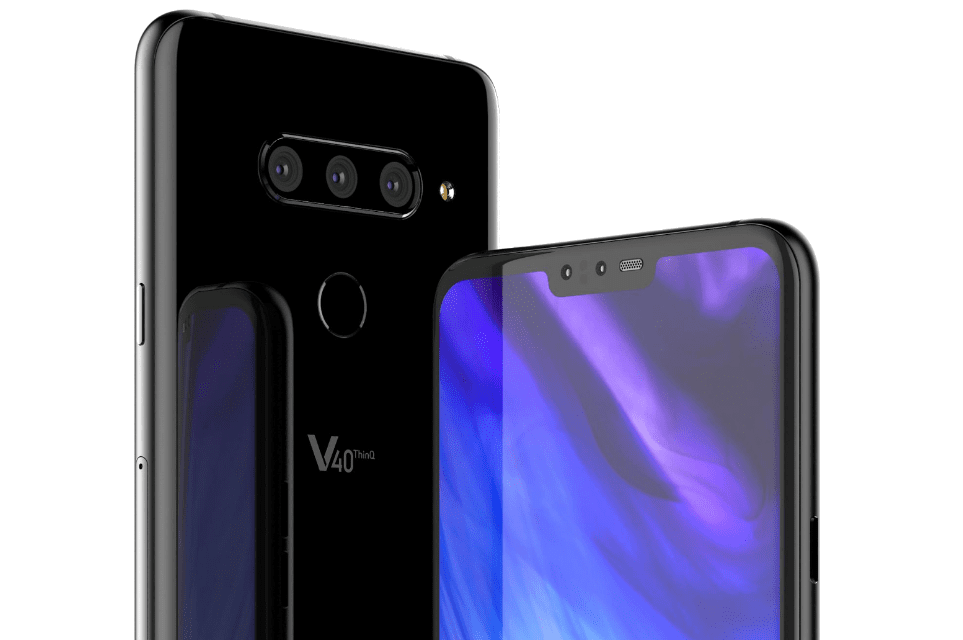 Ahead of its official launch, LG has revealed a decent amount of LG V40 ThinQ specifications and according to that, it is powered by Qualcomm’s latest Snapdragon 845 and boasts a gorgeous 6.3-inches display with QHD+ resolution of 3120 x 1440 pixels. Moreover, dimensions of V40 ThinQ are 158.8 x 75.8 x 7.8 mm along with 8.2 mm camera configuration included.

Moving on its camera section, LG V40 ThinQ is expected to be loaded with triple camera setup on the back. Out of which one primary sensor, an ultra-wide-angle lens, as is tradition and 3rd will be Telephoto. The handset looks a lot like P20 Pro (as mentioned above) and Oppo R17 Pro.

Talking about its Notch, it houses 2 selfie shooters and an earpiece. A standard 3.5mm headphone jack has also been seen right next to USB-C and speaker grill on the bottom of the phone. It’s most likely that back and the front of V40 ThinQ will be covered with a Corning Gorilla Glass and it will be the latest sixth generation (Great!). Just like LG V7 ThinQ, a button is mounted below the volume rocker on the left side which will work as Google Assistant.

So far, nothing has been confirmed, but we’ve gone through plenty of speculation around LG V40 ThinQ Price. For now, the audience can get their hands on LG G7 ThinQ by spending around AU$1050. We’d hope that LG V40 ThinQ Price in Australia will be around the same price tag.

Rumours around putting LG V40 ThinQ release date in Australia after IFA 2018 which goes live in September 2018. Some rumours have suggested that it will be launched at Tech Show in Berlin but release in October seems acceptable.