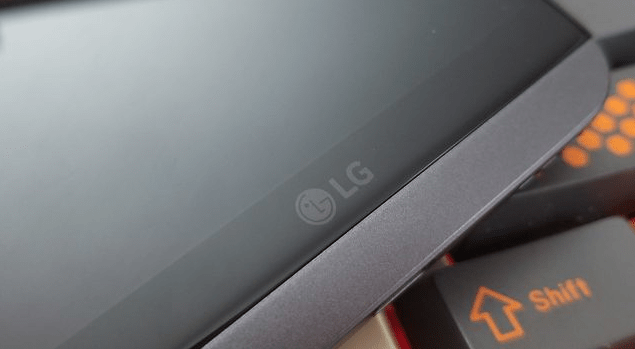 Normally, LG doesn’t release more than 2 flagship smartphones in a single year. This year, LG announced its first flagship device from G-series namely LG G7 ThinQ, whereas the second was released from its V-series namely LG V35 ThinQ. The V35 ThinQ was announced a couple of months back following on from the LG V30 (released in August 2017). Now, there’re already several rumours surrounding that LG is ready to release another flagship from V-series named as LG V40 in Australia as well as in other parts of the world.

It has also been said that LG V40 will share lots of similarities to its predecessor in terms of design, display, storage, camera and overall performance. But things are pretty blurred right now, so it’s not safe to expect anything. However, we’ll be regularly updating this page to help you stay tuned on everything that’s going on.

In our LG V40 review, we have assembled everything we know about so far including its unofficial release date, price, specifications, and features. So, without a further ado, let’s meet LG V40.

A predecessor LG V30 was released on August 31, 2017, or a few hours before IFA Expo officially started in Berlin. This year, IFA 2018 will start on August 31, therefore LG V40 announcement is expected there. As far as LG V40 release date is concerned, it’s likely to be released a few weeks after, almost around the time when Apple will introduce its 2018 iPhone crop.

Talking about LG V40 release date in Australia, August 31, 2018, is expected. But a bunch of sources indicating that it will be landed in Australia in September or sometime in October.

After conversion, LG V40 Price in Australia comes to around AU$1220. As for now, we can only put our good guess because it’s far away from its release. We will update release date and price segment as soon as we hear more.

Here is a quick rundown of LG V40 specifications and all the important features. So, let’s have a look.

Note: All these specifications are subject to change anytime as nothing is announced officially yet.

The LG V40 is the successor to LG V40 and undoubtedly it’s a flagship device packed with fully-backed features. It’s sporting a metal unibody design and houses a rear finder scanner. Also, its IP68 certified which means that LG V40 is water-resistant and dust proof. The LG V40 will only be available in Black colour.

In terms of display, LG V40 houses a gorgeous 6.1-inches display which is well-supported by 2960 x 1440 pixels resolution at 540 PPI density. The display ensures a quality-oriented visual experience both in outdoor and indoor environments. Furthermore, it’s paired with an exquisite viewing angles making your watching videos and gaming experience enjoyable.

To capture memorable moments with your near and dear, LG V40 is equipped with dual 16MP + 13MP rear sensors along with an LED flash which is designed to capture vibrant and detailed images as well as videos in low-light condition. On the other hand, LG V40 is armed with a solid 8MP front-facing camera that you can use making selfies and video calls.

When it comes to LG flagship smartphones, you can be pretty sure about their performance. Being a flagship device, LG V40 offers top-of-the-line performance politeness a Qualcomm Snapdragon 845 coupled with either 4GB or 6GB of RAM. The performance is butter smooth and doesn’t show a lag. Playing games, multitasking, and switching between apps all are incredibly silky.

To accommodate your files and other kinds of data, LG V40 comes with a massive 64GB and 128GB of onboard memory. You can increase its built-in memory further up to 2TB via microSD card.

Just like all other recently released flagship smartphones, LG V40 runs on Android 8.1 Oreo operating system which is guaranteed to upgrade to Android P 9.0.

The LG V40 is powered by a massive non-removable 3500mAh battery which gives you enough freedom all day long under heavy usage. And delivers a little more with a casual use. Interestingly, LG V40 boasts quick charging feature that refuels the handset in a jiffy. The LG V40 is rumoured to be backed by a wireless charging feature too.

Without a doubt, LG V40 is a premium smartphone loaded with all the features one would want. Amazing storage capacity, greatest configuration, a dazzling pair of cameras and butter smooth performance making it stand out from the crowd. The price tag is only the thing that might work against it. Hence, if you’re scouting for a premium flagship and not running short on budget, it’s an ultimate choice.

We know it’s too prompt to discuss, but what do you think about LG V40? Share your thoughts with us down in the comments.