We have started hearing numerous rumours which are suggesting that LG is prepping to introduce another Q-Series smartphone before 2018 is out. Based on a few most recent reports, LG’s upcoming smartphone could be LG Q9. The handset is set to sport a Snapdragon 660 Chipset and a massive and impressive 3550mAh battery.

Now, an alleged live of LG Q9 has been surfaced on the interwebs. And the photo is giving us a first look at the upcoming LG offering’s design elements. 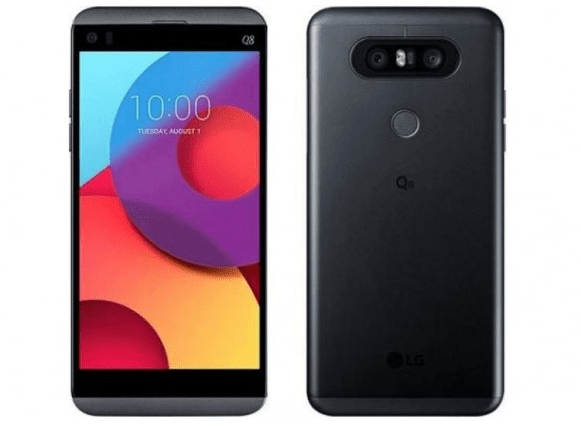 LG recently released its Q7 in India with a price tag RS, 15990 for its 3GB RAM and 32GB of ROM. Therefore, we should expect LG Q9 Price in India at somewhere around RS 20000. Based on several rumours and suggestions, LG Q9 will be proved as a good alternative to Xiaomi’s Mi A2 if pricing details turned out to be true. Consider it as a pinch of salt for now, as a little hike in price is expected.

As far as LG Q9 release date is concerned, we are running short on words when will it be released officially. Since it wasn’t made official along with Q8 2018, chances are LG will reveal Q9 before 2018 is out.

Ahead of its official launch, LG has revealed a decent amount of LG Q9 specifications and according to that, LG Q9 will don a Notch-less display with a possible 18:9 aspect ratio. The device has less-bezels around but is significantly visible. Unfortunately, display information isn’t yet revealed but it is most likely to have an FHD+ resolution. Moreover, the screen of LG Q9 shows LG’s custom UI skin applied on top of Android 8.1 Oreo operating system.

We are also running short on words on how the back of LG Q9 looks like as the leaked image show only the front panel. Furthermore, there is no way to confirm whether the handset will boast dual or a single rear camera. For the time being, rumours and leaks suggested that LG Q9 will be backed by 4GB of RAM and 32GB and 64GB of onboard memory.

And here is where the story ends. That’s all we know so far about LG Q9. Aside from LG Q9, LG recently released Q stylus Plus in India and other countries. It is a mid-range smartphone which doesn’t set users back more than INR RS 21,990.