Right after Vivo and Samsung leaks we have been witnessing lately, we have now started hearing about LG’s own upcoming smartphone.

We know that LG has quite a few smartphones in store for the United States and other countries at Mobile World Congress 2019 – but it hasn’t been made clear yet which smartphone we can expect.

According to an early official-looking render of LG, G8 ThinQ may be a part of the answer we are looking for.

Based on several rumors and suggestions, this LG’s upcoming smartphone will be one of the smartphones unveiled by LG at MWC 2019 – even though it’s been only a couple of months since LG G7 ThinQ released. 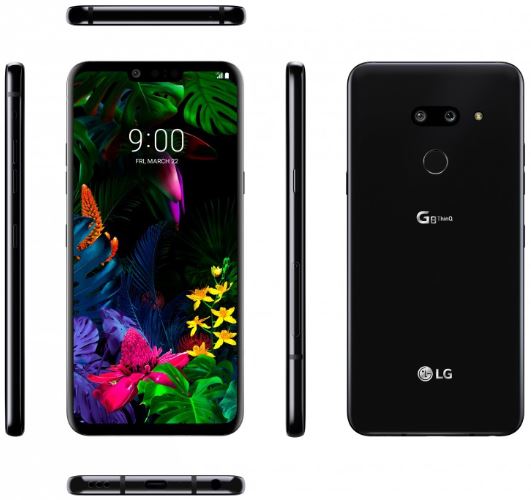 However, what’s not evident is if that will have the 5G capability or gesture control LG has been teasing. Obviously, LG G8 ThinQ isn’t LG’s foldable smartphone but with other fully-baked and improved features over LG G7 ThinQ.

Putting rumors and speculations aside, we are assured of 2 rear cameras and a comparatively wide notch in front which houses a single selfie snapper to assist in selfies and video calls. It is resembling last year’s V40 ThinQ which is another flagship smartphone – an offering of a Koran brand.

All render leaks and other rumors are not showing specifications of LG G8 ThinQ for hardware or software – therefore, we will have to wait till LG’s biggest event on February 24th to learn more.

0 0 votes
Article Rating
Source:evleaks Leaks
Share on FacebookShare on Twitter
the authorStaphanie Kyle
Staphanie Kyle is one of the youngest members managing gadget reviews and other high priority news and stories for TechenGuru. When she isn’t working, you can find her listening songs and watching documentaries and sports.
All posts byStaphanie Kyle
Subscribe
0 Comments
Inline Feedbacks
View all comments