Whenever it comes to talking about underrated flagship devices from 2017, it is approximately impossible to not mention LG G6. After a huge failure of LG G5, LG decided to come back with a new flagship named as “LG G6” but dazzling devices such as Samsung Galaxy S8 and Apple iPhone 8+ simply ate LG G6 for breakfast and even didn’t leave it with much of a fighting chance to show up from the crowd. 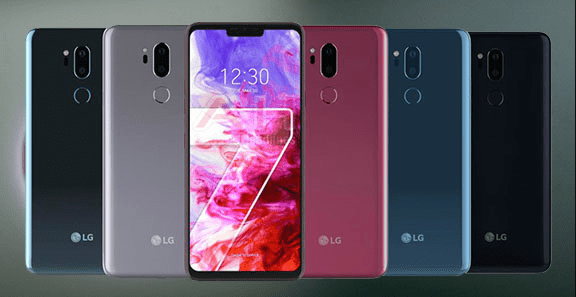 Therefore, LG needed to be the winner this year with the G6’s successor. However, things are pretty blurred right now and not as lavish as they are for the other devices, but numerous rumours are floating around making us excited by what LG will release in 2018. We’re talking about LG G7 ThinQ and here we have gathered everything we know so far including LG G7 ThinQ review, release date, prices, and specifications.

[ctt template=”8″ link=”UIvsS” via=”no” ]Korea’s ETNews has confirmed that the LG G7 ThinQ release date in Australia is set for May 2, 2018. Earlier it was expected in April 2018, but the later company changed its decision. As we are entirely depending on rumours, the LG G7 ThinQ will be available in South Korea a week later in May, but with the hope, it will arrive in the US markets speedily.[/ctt]

As far as the LG G7 ThinQ price in Australia is concerned, it will cost around AU$1000 ($650) – similar the price of the LG G6 at launch. Further down the line, ETNews warned us that it’s likely to see a significant price increase over its predecessor. It may rise in price by AU$120.

Below are the LG G7 ThinQ specifications and features we have heard so far. So, let’s have a look!

The LG G7 ThinQ design would be all-screen front with a notch at the top, whereas the back is likely a glass which is fairly plain and sports a dual-lens camera in vertical position and a fingerprint scanner. The angle is slightly rounded metal frame and the power button on the right edge thanks to LG G7 ThinQ rumours. A year-old LG G6 was loaded with a tallest 18:9 display and bezel-less design, so we can expect that the LG G7 ThinQ will carry on the same trend and most interestingly rumour out there so far seem to verify this notion

LG G7 ThinQ will more likely be loaded with the display as the G6. Thus, tallest 18:9 6.1-inches screen (a way smaller as compared to Oppo R15 6.28-inches) will most surely make the rounds. Latest rumours claim that LG will use an LCD screen to minimize the cost, instead of using an OLED. The display will be HDR10-compatible indicating that you can view HDR on it.

Perhaps, you’ve heard LG’s G7 ThinQ will feature a dual rear camera configuration as this signature hardware element has been core and a hallmark for the South Korean maker’s flagships. It’s possible to see that LG G7 ThinQ might go with a ton of cues from the LG V30.

The device is expected to be loaded with a dual 16MP rear camera vertically. You can also expect a little knock in specs over the LG V30S with a better aperture and more pixels.

The camera is said to have a bunch of modes such as a manual mode, a live photo mode and of course a portrait mode just like Huawei P20 Pro and Vivo V9.

The portrait mode creates a Bokeh effect and can be used either the front or rear camera. You will also be able to add 2D or 3D animated stickers to images and AI to find out which type of scene you are about to shoot.

On the other hand, there is an 8MP front-facing camera enables you to capture moments with your near and dear.

Our authentic sources have confirmed that the LG G7 ThinQ will boast a Snapdragon 845 chipset which is paired with a 4GB of RAM and 64GB of onboard memory. The overall performance is quite good and provides a lag-free experience to users when playing graphics enriched games or working on multitasks.

On the contrary, the second variant will sport the same processor but a hefty 6GB of RAM and 128GB of storage that can be expanded up to 400GB via microSD card (uses SIM 2 slot).

No matter what, no matter why LG shines in the power department and it cannot be denied. LG G7 ThinQ could be gunning for a 3000mAh battery which is quite standard for smaller flagship devices out there and keeps you online throughout the day under moderate use. For example, Samsung Galaxy S9 houses a 3000mAh battery and it’s a bit likely that LG won’t try to outgun its big-named local rival.

LG G7 ThinQ is an extraordinary yet smartphone which is backed by some dazzling specifications. The display and design both are pretty awesome enough and the performance is up to the mark as well. Moreover, for videography and photography, you’ll get high-end cameras not only in the back but also in front. It offers enough 4/6GB of RAM and 64/128GB storage making it one of the best smartphones around.

What are your thoughts? Have we missed something you know? Let us know in the comments section below.