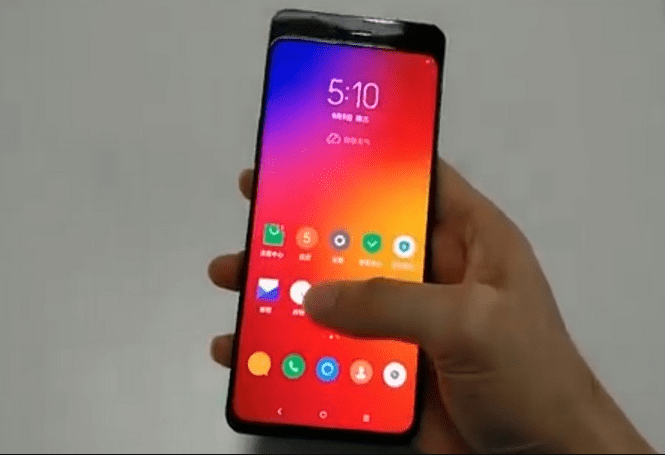 Do you remember Lenovo’s Z5 which was landed on shores a couple of months ago? Perhaps you’re not familiar. Here is a recap. The Lenovo’s high-end flagship smartphone “Z5” was the first Notched-display smartphone from Lenovo alongside a dual rear camera and Qualcomm Snapdragon 636 Chipset. The handset is available for Australian audience as well as in other major countries at unmatched rates.

Now, Lenovo is reportedly working to announce a “Pro” variant of Lenovo Z5 sooner. A short hands-on video of upcoming Lenovo Z5 Pro circulating on the interwebs is a shred of evidence to that.

Digging down into a video, we can see Lenovo’s Z5 Pro smartphone with a biggest and edge-to-edge display and a slide-out camera mechanism which sounds similar to Xiaomi’s upcoming Mi Mix 3.

Furthermore, the smartphone comes with an on-screen fingerprint scanner for security and Lenovo’s custom UI skin applied on top of the Android operating system. Everything aside for a short while, the above video didn’t reveal the Lenovo Z5 Pro specifications, unfortunately.

However, it is most likely be landed with a faster processor as compared to its sibling’s processor – Snapdragon 636. Several online sources are suggesting that Pro variant may employ a mid-range Snapdragon 660 or Snapdragon 670 Mobile Platform.

We are, for now, only relying on rumours heating up around and according to that, Lenovo Z5 Pro release data in Australia will be somewhere in November or December. However, it’s yet to be confirmed. Chinese audience might have to wait until early next year to get their hands on Z5 Pro.

The Lenovo Z5 Pro Price in Australia is also undecided but it will indeed more expensive compared to Lenovo Z5 thanks to its on-screen display fingerprint sensor and high screen-to-body ratio.